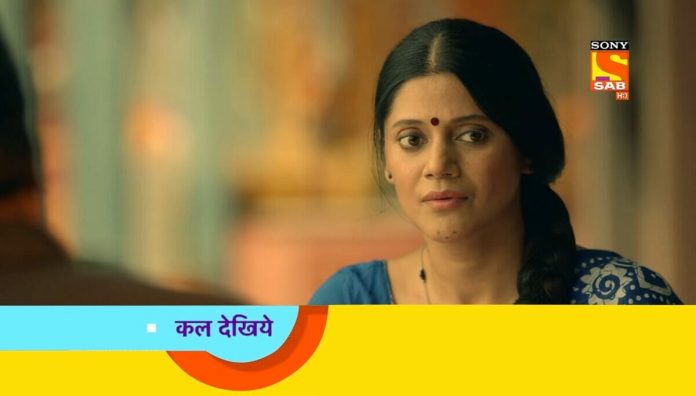 Sab TV channel launched a brand new show titled Pushpa Impossible starring Karuna Pandey alongside Garima Parihar and Darshan Gurjar. Earlier its seen that Bapodhara refused to pay the tax. Now it will be seen that Pushpa wants to pursue her education.

Previously we have seen that, Pushpa came to visit Kaku ti find get getting take care by a social server Malti. She wanted to enroll as social server too but her educational qualifications doesn’t help her. Pushpa learnt the good news that Ashwin got a part time job. Pushpa met with Namrata and apologised her for her early behaviour. Namrata made her understand that the problem doesn’t lie within her but with Bapodhara.

She showed her records for past two years when Bapodhara didn’t pay water and property tax. Pushpa informed it to Chawl people and they all together confronted Bapodhara for getting the money and not paying the tax. When Bapodhara still refused to pay, Pushpa got Namrata on video call and Namrata threatened Bapodhara ro get arrested for forgery.

Bapodhara got scared and agreed to pay the tax but developed vengeance on Pushpa. Prarthana feared for her future with Chirag due to the clash. Pushpa told Kaku about her educational qualification not fit to land her in any job and Kaku urged her to pursue her studies. Pushpa hesitated due to get age but Kaku encouraged her. Pushpa after numerous signs decided to pursue her education and found about evening collages.

In the future episodes we will witness, Pushpa will share with her friend about her interest to join school but couldn’t able to find the source. Her friend will say that there’s someone who would help people and will ask her to get help from him. Pushpa will ask for his name and he will say Mr. Ashutosh Nanapatel.

Will Pushpa continue her education? How will Pushpa’s children react to her big decision? Will Pushpa’s decision affect Ashwin’s marriage with Deepti?

To know what will happen next in your favourite show Pushpa Impossible, stay tuned to this space.