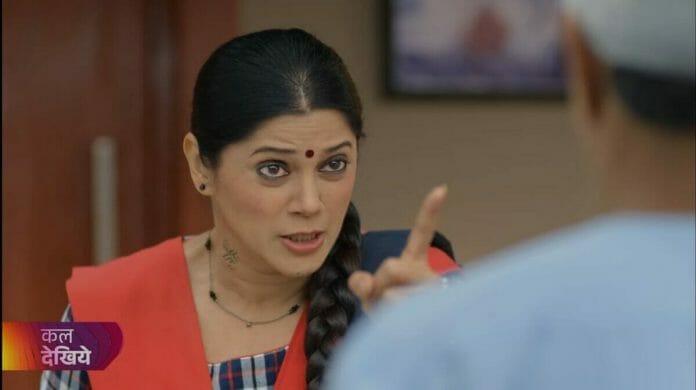 Previously we have seen that, Dharam spoke polite with Pushpa and Pushpa identified that his face resembled Dileep but his actions speak otherwise. She told that Dileep was never so polite and it can’t be him. Dharam himself suggested to have DNA test and DCP agrees. Mansi was angry at DCP for troubling them further with DNA test. DCP said that it’s not her wish but it’s a needed for the law.

Pushpa was against it too as she doesn’t want to trouble her children. Chirag and Ashwin convinced her to go ahead with the test as the result won’t affect them in any way. Ashwin came there and is ready to cooperate with DNA test to end the matter.

Sunny couldn’t find any proper lead about the past. Pushpa shared her fear with Kaku. Dharam recalls setting the jail on fire and fake his death to escape jail and has a plan for escaping the DNA test too.

In the future episodes we will witness, Pushpa will say Dharam that she whole heartedly prays God that he’s Dharam Raidhan but just in case if he turns out to be Dileep Patel, she warns him to stay away from her and her family.

Will DNA test prove negative? Will redevelopment takes place? Will Pushpa learn that Dileep is Dharam?