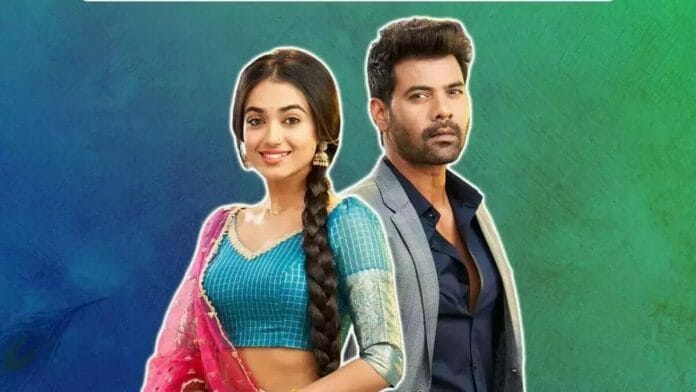 Prateek Sharma’s “Pyaar Ka Pehla Naam: Radha Mohan”, has taken the eighth spot in Ormax Media’s most-liked Hindi TV shows of the week. The show has kept the audience hooked with its interesting storyline, and the new twists are only going to increase the drama quotient.

In the Wednesday episode, the audience will see that Mohan apologise to Damini for doubting her but she tells him that he is only doing it for Gungun. Mohan replies that he is not that cheap and he won’t stoop that low and that he is apologising to his friend who has always loved him. He tells her that he knows that she will never harm his family ever. But Damini doesn’t accept his apology and congratulates Radha. She tells her now that she is not marrying Mohan, it’s a clear win for her.

Kadambari asks Damini not to take any rash decision, and requests Kaveri to convince her. Mohan tells Damini that he will give her the love she deserves and will always keep her happy. He asks her to stop for the sake of our friendship. Damini agrees but on the condition that Radha will no longer live in this house. While that leaves Mohan stunned, Gungun replies that it won’t happen. Damini tells Mohan that even now he is taking her side and tells him that it’s better if she leaves. Damini tells her that she wants her to go because she will expose her. But Damini tells her that she is going to expose her and shows them a video. In the video, Gungun asks Radha who made you take pheras or did banke bihari help you, and Radha tells her that she did it herself. At that moment, Radha thought that if she tells Gungun about the supernatural power then she will become superstitious and will not work hard, and that’s why she lied to her.

The video leaves everyone shocked. Radha tries to explain but she hears dadi’s voice. Damini tells them that she called dadi to take Radha back. Dadi asks Radha to come with her, but she denies it. Damini then tells Mohan that it’s his call now and that he needs to choose now. Everyone asks Mohan to stop Radha, but he asks dadi to take her. Dadi tells Radha that she should have taken her back when she got to know that Radha is in love with Mohan. Mohan is shocked and asks her if she knew about this all this while. Dadi tells Radha that everyone wants them to leave and it’s very embarrassing for her. Radha tells her that she can’t as Mohan needs her. Dadi tells her that Mohan always needs Radha, but he can never get her. Keep watching “Pyar Ka Pehla Naam: Radha Mohan” to know what happens next.