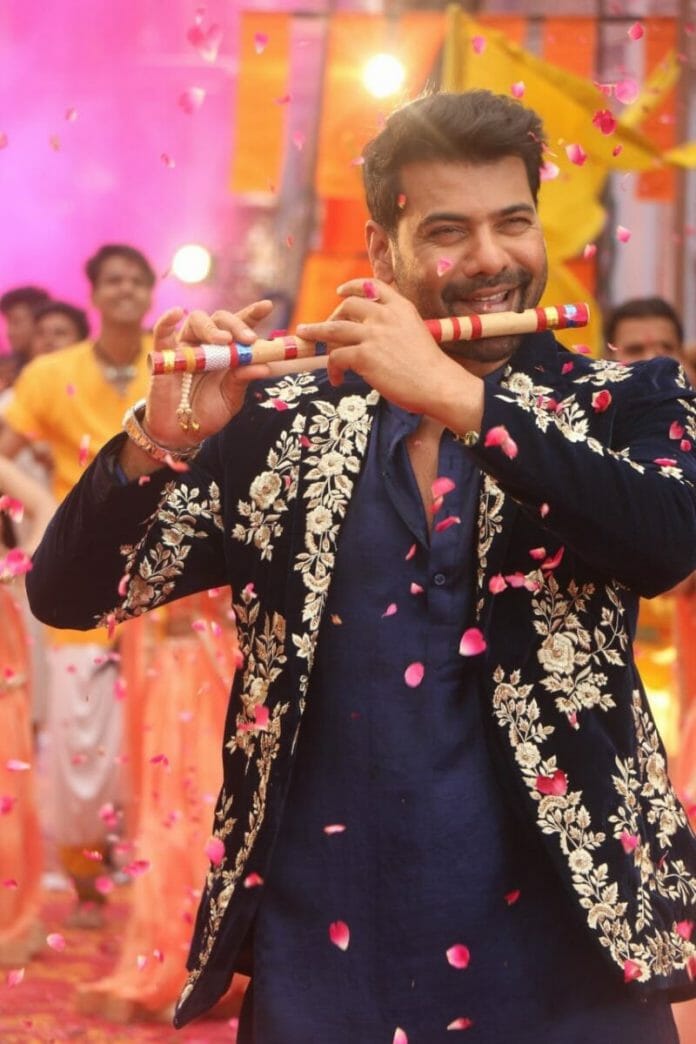 Episode begins with Radha tells God that she won’t talk to him if he didn’t return her Gita to her then and cries. Damini’s mother gets enjoyed seeing that. She tells herself that she took revenge on Radha for making her apologize to her. Everyone comes there hearing noise. Kadambari asks that what happened. Maid informs her that Radha’s Gita is missing. Radha tells God that she won’t eat anything until he returns her Gita to her. She stands in one leg in front of Krishna idol.

Ketki’s husband asks her to not do that because Doctor advised to not put pressure on her leg. She tells him that God also should know that how much she loves her Gita. Vishwanath tells her that what can he say to Rameshwar if anything happened to her then. She asks him to not worry because God can’t see her in pain. She starts chanting slogan. Kadambari says that she has meeting and leaves from there. Rahul tells Ketki that Radha gives entertainment daily.

In the office, Mohan says that everything going well and gives the credit to Damini and Kadambari. Damini tells him that it’s his business and he started it. She signals one reporter Rakesh. Reporters comes there and asks about Mohan and Damini’s marriage. They praises Damini and says that Mohan is lucky to get a life partner like Damini. Later, Kadambari asks Maid to give water Radha. Maid offers water to Radha but the latter ignores her and continuous her chanting.

Mohan tells Damini that he want to stay away from reporters. She tells him that they came to get his interview only. One of the reporter Rakesh comes there and tells them that was waiting for them since morning. Damini tells him to visit their house for interview because they have to return house now. He nods at her and goes to inform other reporters. Mohan asks Damini that why she invited them to house. She tells him that they can’t afford negative publicity at this time. He leaves from there. Damini tells Rakesh that she will give exclusive news of his and Mohan’s marriage date today. She thinks that Mohan can’t back off after announcing marriage date in front of reporters. She asks staffs to finish the shredding and begin the printing.

After some time, Mohan returns house and gives the Gita to Radha. She faints and he holds her. Reporters comes there and clicks their pictures. Mohan picks Radha and goes inside. Reporters laugh at Damini. She tells them that Radha is Maid. Radha wakes up and tells Mohan that she is fine. He tells her that he found her Gita at office. He scolds her for standing in one leg.