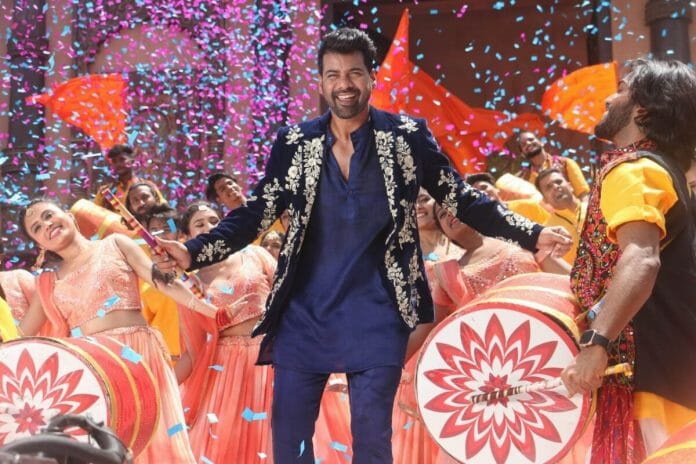 Episode begins with Radha plans to do something to bring peace in Mohan’s life. On the other hand, Mohan plans to get a tattoo which says that ”my wife is kamini”. Shekhar asks tattoo artist to leave from there. But Mohan stops the tattoo artist and tells Shekhar that he is facing the truth by getting this tattoo. He adds that Shekhar only told him to face the truth. Shekhar tells him that this is madness. Kadambari reminds Mohan that he is going to marry Damini and what others will think by seeing this. He changes the line and writes ”my ex wife was kamini”. Rahul suggests him to write that “Tulsi was kamini”. Kadambari asks him to stop it.

Everyone hears Ketki’s scream and goes to her. Ketki points at something. Everyone gets shocked seeing Radha watering Tulsi plant. Damini notices the broken pieces of the bottle. Kadambari asks Radha that what the latter doing. Radha tells her that Tulsi plant is good for a house. Mohan comes there and recalls the moments he shared with Tulsi and also Tulsi’s death and how everyone blamed him for Tulsi’s death.

Kadambari scolds Radha for bringing Tulsi plant. Radha tells her that she brought it for this house peace. Damini’s mother and Damini also scolds Radha. Kadambari asks Radha that if Rameshwar didn’t taught her to respect others feelings. She reminds her that she warned her to not take Tulsi’s name.

Mohan tells Radha that Tulsi name is the reason of all his problems. He adds that Tulsi name snatched everything from him. She asks him that how is that possible. He tells her that when a name becomes one’s life then this can happen. She tells him that he is living in pain and his memories brings that pain not the name. She adds that she brought Tulsi plant for his peace. He takes a rod and tries to destroy the Tulsi plant but Radha stops him. He asks her to move from there but she refuses to listen him so he pushes her.

Then Gungun stops him from destroying the Tulsi plant. She pleads him to not destroy it. He asks her to move from there. She tells him that this plant and her mother’s name is same and it came to this house on her mother’s birthday so she feels like her mother returned. She calls him as father and pleads him to not destroy it. He gets emotional hearing her and drops the rod and goes inside.

Kadambari notices the broken pieces of the bottle and goes inside. Radha tells Gungun that Tulsi must be so proud of her today. They performs puja. Tulsi’s spirit gets emotional seeing that. She says that first Radha saved Gungun and then showed the right path to her. She wonders that what’s written on their fate that God brought Radha to her house.