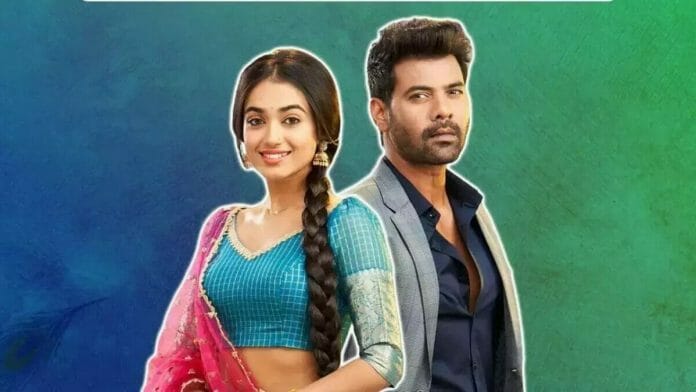 Episode begins with Mohan fills Radha’s forehead with vermilion. Damini cries hugging Kaveri. Tulsi’s spirit tells Radha that the latter can’t see her now due to Mohan’s promise and she gets vanished. Mohan tells Radha that her destruction begins from now on. Tulsi’s spirit tells God to keep them happy. Priest says that marriage rituals completed. He blesses them. Mohan tells him that time will tell their marriage life will be filled with happiness or sadness. Radha thinks that she need Tulsi’s support. Mohan removes his pagdi and leaves the marriage mandap.

Police inspector tells Radha to call her if anyone troubled her then. Women welfare organization lady tells Radha that they are with her. Radha thanks them for helping her to get her rights. They leaves from there. Namrata tells Radha that she is her mother from today. Tulsi’s spirit says that today Radha also got a mother like Gungun. Namrata warns Kadambari to take care of Radha. She says that she won’t spare them if anything happened to Radha like Tulsi then. She tells Gungun that she is happy the latter got a mother like Radha. She adds that she will meet them tomorrow in the court and leaves from there.

Rameshwar blames himself for everything and he apologizes to Vishwanath and Kadambari. He tells Dadi that they should leave. Radha asks them to bless her. Rameshwar tells her that his daughter died. She tells him that she is his daughter still and performing shradh won’t change anything. She informs him that she will visit his house for pagphere ritual. Dadi warns her to not visit that house. She says that she don’t care even if Radha dies and she leaves from there with Rameshwar. Radha falls down and cries. She recalls the moments she shared with Rameshwar and Dadi ( Maa meri song plays in the background ).

Radha tells Vishwanath that he is her father from today and bends to take his blessings. But he moves backwards and he taunts her. She tries to take Kadambari’s blessings but the latter stops Radha and says that she may curse her but won’t bless her. Radha looks at Ajeet. Ajeet tells Radha that she took advantage of him and he is fool to believe her. Ketki tells him that she also become fool.