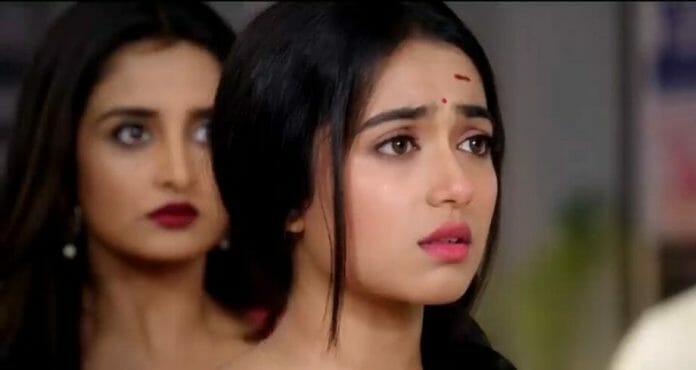 In today’s episode of Prateek Sharma’s Pyar Ka Pehla Naam Radha Mohan we see that Radha reminds Damini that every wrong incident that happened can’t be a coincidence. She adds that Gungun faced attack twice after changing the bride name in the invitation card. She adds that she doesn’t have any proof now so she won’t leave without learning the truth. On the other hand, Kadambari scolds Radha for doing a drama when Mohan is fighting for his life. She asks Ajeet to send Radha to her village and tells her that she can’t play with Mohan’s life.

In the episode, Maha Panditji tells Kadambari that Mohan and Damini’s marriage should happen today as the marriage will save Mohan’s life. Damini tells her that she can do anything for Mohan. Kadambari asks Maha Panditji to start the preparations for marriage. Radha says that this marriage can’t happen when Mohan is unconscious. Maha Panditji tells her that he knows what is possible. Radha tells him that the bride and groom should be conscious to understand promises. Kaveri scolds her for interfering in others matters and she and Damini throw Radha out of the hospital.