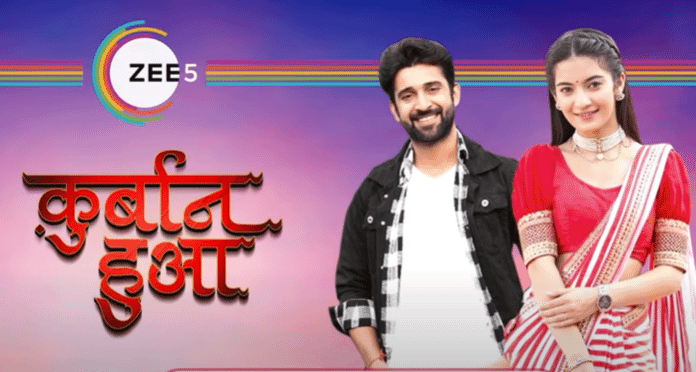 Neel was going out of the house somewhere when Vyasji asked him where was he headed to. Neel said that he will do whatever it takes to heal Chahat’s wounds. He then said that once his face too got burnt and Chahat and Vyasji brought Prayag Pushp to heal his burnt face. He told Vyasji that he is going to get that flower for Chahat. Vyasji nodded in affirmation. Chahat saw Neel going somewhere on his bike. She followed him.

She saw him entering a jungle and climbing up a tree. Neel went up the tree to get the flower that would heal Chahat’s face. Neel did not care about a beehive being there and kept on his task of getting the flower for her. Chahat was moved when she saw Neel bearing all this pain only for her. Neel took the flower and went back home.

Chahat said that it is not required and she took off the fake wounds from her face. She said that she wanted to test if Zain really loves her or her face only. He ran away after seeing her burnt face and the man whom she hates the most did not care about his own life and went to get the flower that would heal her. She asked Neel why did he do that and Neel replied by saying that he did it because he loves her. He asked Chahat to just say once that she loves him too and he would then fight the world for her. Chahat felt every word that Neel said to her. Then Chahat received a call from a private number.

It was Zain only faking to be Mr. Baig. He said that Zain went places to look for the best doctor for her and that she should marry him. He really cares for her. Ghazala then told Chahat that Zain is a good man. Zain entered with a doctor and asked him to treat Chahat. Chahat then showed him her face and told that nothing had happened to her. Ghazala then asked Chahat to accompany her for her Mehendi ceremony. Chahat went with Ghazala. Zain then mocked Neel and said that he could do whatever is in his hands but Chahat will remain his only.

Neel, Bhupinder and Naveli make a plan to take Chahat’s phone so that they can find out which number does Zain call from and hence they would be able to bring out his reality in front of Chahat. Mehendi ceremony began and Naveli went to apply mehendi on Chahat’s hand. Ghazala stopped her but Chahat later allowed her. Naveli then asked Shlok to take their picture using Chahat’s phone and said that she would later transfer it on her phone. Shlok did the same. Saying that the network is bad inside, Dua took her phone outside and gave it to Bhupinder to get the details. While Bhupinder was doing so, Chahat asked Naveli about Neel. She said that he is hurt after what had happened in the day.

Neel came in the ceremony and performed a sad song for Chahat. He then went to apply mehendi on her hands as well. 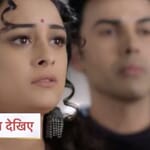 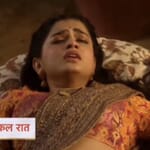