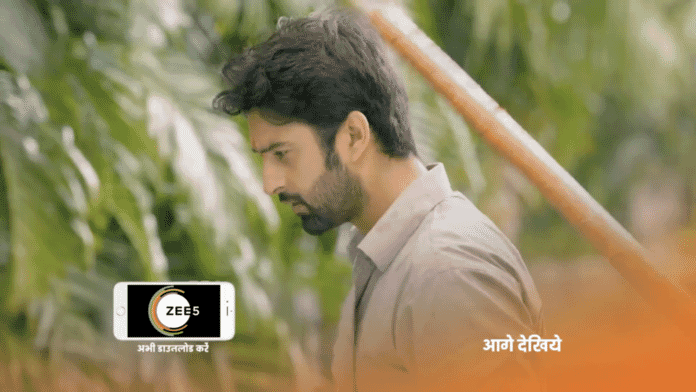 This show is turning out to be something else only. Every episode has something new to show the audience. The audience can only guess what is going to be in the next episode and even if they make all the guesses, the makers come out with something else only. Every episode is fresh with Content, with loads and loads of drama, emotion and story. Every character is panning out really well. Every character is being brought up to the centre stage. This is not at all a typical daily soap that can be termed as boring.

Ghazala and Zain talked to Chahat about her decision to help Vyasji and not take any action against he family. Chahat said that she is  not the one to behave in a manner that other person had done to her. She also said that when Mr. Baig would return, he would take his revenge in his own way.

Zain faked receiving a message from Mr. Baig that he is returning back to Devprayag and will meet Chahat soon. Chahat got really happy hearing this and went to the garden to offer her prayers. There Neel was making a portrait of Chahat in her praying position. He asked her to pose and Chahat got irritated by this.

When Chahat was celebrating, Zain called her in the voice of her father, saying that Neel has kidnapped him and he needs help. Chahat got very scared after hearing this. Ghazala showed her a fake bloodstained shirt of Mr. Baig to Chahat making her think that he has actually been kidnapped. Chahat then says that she will handle it with Neel in her own manner. Naveli tie rakhi to Neel and Dua ties to Shlok. Bhupinder gets sad as Chahat will not be tying rakhi to him. Neel promised him that she would.

Zain then manipulated Neel into thinking that Chahat has met an accident. Neel rushes for the place thinking about Chahat. Ghazala too understood Zain’s plan of sending Neel to the point of accident. She felt really happy about what was going to happen next.

When Neel reached the place, he saw some stones and nails being kept there. Someone then kidnapped Neel and took him into a Van. Neel finds out that it was none other than Chahat herself.

So this is what happened in today’s episode. Will this plot take a new turn in the story? Why has Chahat kidnapped Neel? What will Neel and Chahat do next, she to avenge her father and Neel to win her back?  Will Chahat find about Neel’s innocence?

How will Neel deal with all of this? What will Zain and Ghazala plan next to ruin their relationship? How will the family support Neel in his fight? There are a lot of questions to answer from today’s episode.

To find all the answers keep watching Qurbaan Hua.