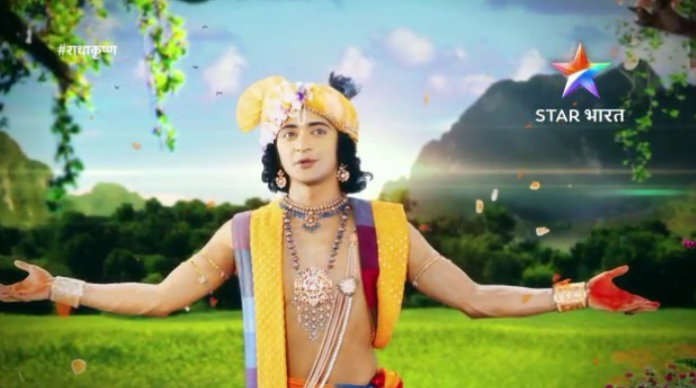 Radha and Krishna are going through new challenges in Star Bharat’s mythological drama Radhakrishn. As Radha and Krishna struggle to say goodbye to one another at the Barsana Border Krishna will give his opinion on true love and its essence. Upon his return, Krishna will make Balram understand about Brahma’s choice. He will say that Lord Brahma is the creator of the universe and he writes destinies matching fates of everybody. He balances everything so do things work out on their own accord. He will further tell Balram about how true love works in mysterious ways. He will help Balram understand true love is not in possessing but giving what one can to the betterment of his love. After defining true love to Balram Krishna will tell him not to doubt on Brahma’s choice as Brahma has made every pair justifiable.

Later, in the episode, we will see Ayan and Radha head to Rishi Durbasa’s hermitage. Radha will be lost in her thoughts. She will think deeply about what has happened in her life recently and what else is happening to her surprise every moment. In the midst of it all, Ayan will be displeased with the way Radha has acted post marriage. He will have pent up anger for Radha moving out of the house to meet Krishna at Barsana’s border. He will not like Krishna still being around them. He will feel jealous and venomous about Krishna, more than ever. During the eating hour, when Radha goes to serve food to everyone, furious Ayan will stop her from serving food to Krishna.

So, the upcoming episode is going to be the one which must not be missed for. Keep tuning to the show to witness the play of emotions and knowledge. Keep following us for more updates.