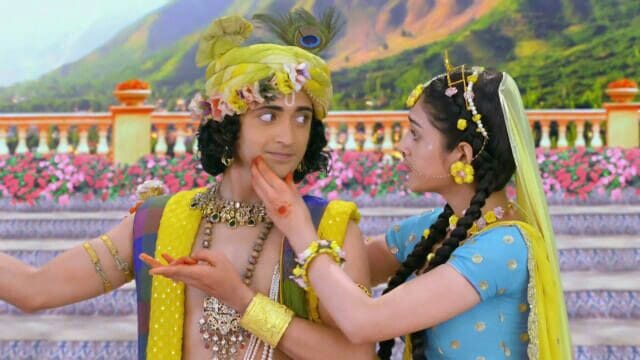 Krishna appears there and says you people are being unable to do so because you people have no light in your path of findings and that light can come only from Suryadev and he requested him to appear in front of him. Suryadev comes and Krishna announced that Kunti has six sons and the sixth son is Karna whose biological father is, none other than Suryadev. Suryadev tells all that all of them are in disguises of sages and currently residing in Kampilya and they are earning their living by begging as a monk from the villagers. Balram gets sad to see the status of their relatives. He introduced his son Karna to Krishna, explained to him that he is a perfect person to be the companion of Krishna for his next appearance on earth for the establishment of truth and conscience. Karna is said to be a great warrior and also a great person who also donates things without a second thought. Krishna says this very trait of him will play a huge role in the upcoming time.

After him all the other gods introduced their sons in front of Krishna speaking about the various characteristics and specialities of their son. Krishna listens to each one of them and also listens to their son and how they are living their life. Nakul who is a great warrior and also a good doctor. Sahadev who is a fortune teller and a foreseeable person. He tells his brother that I can see time is changing and the introduction of a new timeline is in making. As if a new chapter in the timeline of creation is going to happen.

Krishna gets impressed with their arguments but still he is not able to find out who can be his company and a perfect partner in this huge journey of a great deed. After Nakul and Sahadev, Yudhistir, Bhim was introduced too. At last Devraj Indra says about his son Arjun and also explains how he is not only a great warrior but also a soft at heart person and can be hard too if required. He has a perfect balance of emotions and practical sense in him. He is knowledgeable and still a very down to earth person, he cares for each and every living beings on earth and that’s what makes them apart from the rest. Krishna gets a slightly more interested and impressed by the son of Indradev, Arjun who builds a bridge for people of the village. At last Krishna says don’t waste your time in thinking what to do, instead start working and make a better future yourself.

Precap : Draupadi was introduced and Krishna leaves for Dhrupad as Draupadi has an important role in this entire web of activities for the great work. 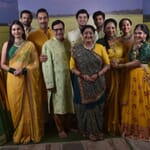 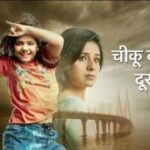 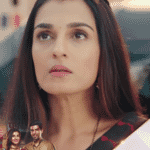