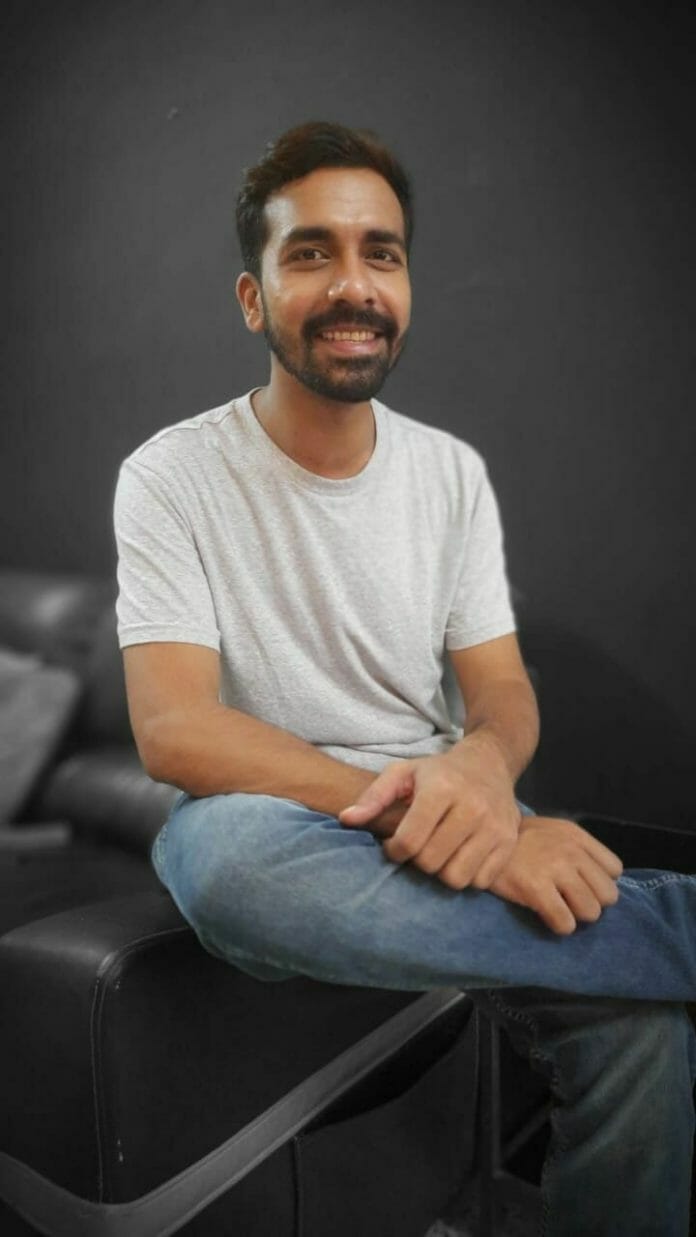 Rahul Tewari is seen in the character of Churan in Amazon Prime Video’s latest release Main Monica. The show is being produced and written by Paromita Ganguly, Amber Wasi and Ranjeet Chitrakaar and presented by Arre. He talks about the web series.
Churan is an interesting character. “It’s all in his name.

He is a man who has in him small portions of mischief, trickery and survival instinct all mixed together. I am very thankful to the writers producers who approached me in 2018 with the story and character brief and had been in constant touch. The excitement for me playing as Churan was equal from both sides.

When I decided to move to Mumbai, on the first day, I auditioned for Churan. A lot happened after that, but they made sure that they got me on board, which is really an honour for me,” says the actor, who was last seen in Rocket Boys 2.

The costume and the look helped the actor in the prep. “I spent enough time observing & talking to the make-up artists on the set and also tried understanding who Churan is and what is his purpose in life,” he says.
Sharing a memorable BTS from the set, Rahul adds, “When Rajjo comes out as Monica to his parents (played by Abhishek Chauhan).

In that scene, Chandni (played by Disha Thakur) and I were standing behind and had a clear view of the mother’s reaction. In that scene when she starts blaming him for fooling them, she suddenly starts appreciating his talent to pull off Monica without anyone noticing.

When she said ‘shabbash, tu kamal ka actor hai beta’, I actually broke into tears, something happened to me and I ran to the green room and cried for the next 15 minutes. No-one got to know about it.”

The Comedy Thriller genre is a hit with the audience. The best thing about Main Monica is that it keeps you at the edge of your seat. “The Script, music according to Rahul, adds to the series.

“Appreciation for my performance as Churan has been an overwhelming experience. Also, things slowly pickup and in the latter half of the show, it is very good. So, only when you watch it carefully do you see my character evolving *with the plot,” he adds.

Being part of varied content on OTT, Rahul is happy with the rise of the medium and its growth in the last two years. “No doubt there have been more opportunities for everyone. But I believe the audience is still warming up to it. There are more ideas to create and more venues to experiment,” he says.

About the process he follows to stay updated as an actor, Rahul explains, “I watch, watch and watch as much variety of content as possible. I also, reflect, reflect and reflect on everything I see and perform, and work on it to make it better, keeping in mind the resources I have around me.”

Every actor has their dream role. So what’s that one character or characters that he would like to perform in his lifetime? “There are many, honestly. Tyrion in Game of Thrones, Bill The Butcher in Gangs of New York and Joker (one of the best characters ever written) are my favourite characters.

And, I would like to do something like them that try my own version. There are many more such parts that inspire me and make me greedy to push my limit so as to try new things,” he ends.