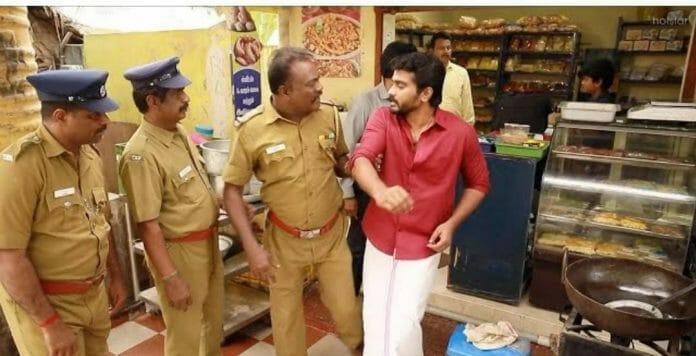 In the previous episode we saw; Senthil complained to Saravana that he was jealous on him. He went against his for this reason. He demanded Saravanan to withdraw his nomination.

Saravanan refused to withdraw his nomination. Meanwhile, Archana place the expired oil in store room. She prayed God to help her this time. Saravanan might take this oil with him.

Later, Archana and Senthil met the priest. He revealed to Saravanan that Archana gave birth to baby girl. Senthil argued with him and leave. Later, Saravanan take the expired oil and about to leave. He was hurt. Sivagami felt something is wrong.

In the upcoming episode viewers will see; Saravanan will use the oil unaware of its quality. Meanwhile, Adhi will visit Jessy’s house. He will request them to give money to him. He will tell him that he need Jessy’s sign to take money from bank. Adhi will leave from there after hearing it.

Jessy’s father will share with his wife that he is doing something wrong. Food inspector will check Saravanan’s sweet stall and find the expired oil. They will arrest Saravanan for it. Meanwhile, Sakkarai will inform this news with family members.

Sivagami will seek merchant union help to bring Saravanan out of jail. Saravanan will accept that he used expired oil surprising everyone there.