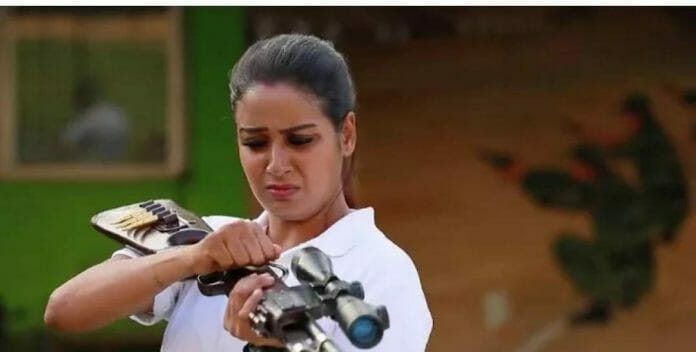 In the previous episode we saw; Sandhya joined back in her training. Jyothi and Kuttan motivated Sandhya to perform well. Abdul looked down on her talent and insulted her. She proved to him that she was capable to do the skipping 100 times.

He compete with her and asked her to perform well in the task. Later, Few merchants met Saravanan in his sweet stalls. They informed Saravanan that merchants union election coming. They wanted to see Saravanan to contest in the election.

Saravanan informed them he will think about it. Later, Gowri taught trainers to deal with the rifle. Sandhya couldn’t balance it but everyone doubted her talent. Sandhya complained to them it was not working.

In the upcoming episode viewers will see: Officer will check the rifle and appreciate Sandhya for find out the problem in the rifle. Later, Paranthaman will threaten Saravanan to back off from the contest. Saravanan will give a fitting reply to Paranthaman. Meanwhile, Abdul will challenge Sandhya to win the overall champion trophy.