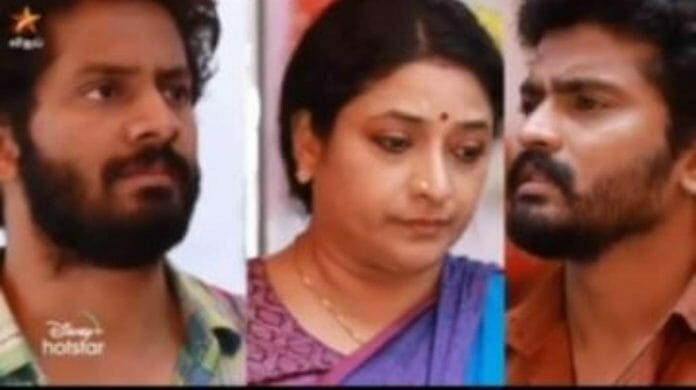 Archana manipulated him against Saravanan. Saravanan informed Sivagami that Sandhya was sick. She prayed for her health. Later, Senthil assured Archana to participate in the contest when she threatened him to leave from his house.

In the upcoming episode viewers will see; Saravanan will decide to discuss with Senthil about the contest. Later, Adhi will arrange everything for Beauty parlour opening ceremony. He will ask his father in law to open it disappointing Sivagami.

Archana will provoke her against him. Meanwhile, Everyone will get shock to see Merchants asking vote for Senthil and Saravanan. Sivagami will hesitate to share her opion with them. Verbal war start between both brothers over this issue.