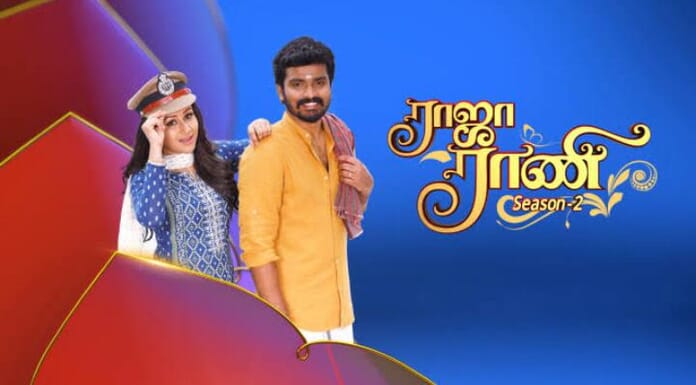 The episode starts with Archana talking with someone in phone and waiting for Bhasakar. Bhaskar comes there and questions her why is she eating ice cream here after called him to meet her here? Archana tells him that she should be anger on him for his deeds. Why is he disturbing Parvathy doesn’t he came to meet her sister? She says to him that Parvathy is hell angry on him. Bhasker tells him that he likes Parvathy a lot he is ready to bring her parents to talk alliance in home. Archana glares him and asks him to see the way Parvathy coming there with another one person. He questions Archana who is he? Archana lies to him he is her boyfriend. Parvathy pretends like enjoying with that person.

Bhaskar didn’t believe her words and confronts Parvathy. Parvathy lies to him he is her boyfriend. Parvathy insults him and leaves from there making Bhaskar disappointed. Archana questions him why is he behind this Oarvathy instead of marrying her sister. He leaves from there in silent. Archana thinks if problem solved no worries. Sakkarai is trying to study but he can’t able to study well Sandhya comes there and says to him she will teach him nothing to worry. She learns from him that Saravana didn’t eat anything from yesterday she feels guilty.

Sandhya is treating her customers well and showing her talent in sales with her convincing talk. Sakkarai praises her talent. Sandhya notices the family photo in the sweet stall she thinks that Saravana loves his family a lot. Post man comes there and gives letter to Sakkarai in Saravana’s name. She informs to him its from food inspection centre. They wanna send their food sample to them for checking. One customer comes there and buy sweets from there.

Flower seller comes there and talks with Sakkarai in teasing way. She praises Sandhya’s smiling face. She shows the collector comes there in car. She says that her husband is a ward members she is adding praise to him with her act. Sandhya imagines like she is coming there after becoming IPS. Saravana staring her in open mouth. Sandhya thinks it will be good if he gives permission to her to pursue her dream.

Saravana reaches to his customer house and greets them. He informs to them that Rajesh send him here to get order. He tells to Saravana that Rajesh praised his sweets that’s why they decided to take this order from him. He won’t praise anyone without good opinion. Saravana asks them to taste his sweets and confirm it. They tastes the sweet and praises the taste. He questions him how many persons are working in his shop? He says to them he is working alone. He tells to Saravana it’s a big order they need sweet on time without delay.

Saravana informs to them nothing to worry his family will help him to prepare it. He informs to Saravana that his daughter turns to be IPS that’s why they wanna celebrate this function grandly. Saravana praises him for allowing his daughter to become IPS. He explains to him she has talent so he should’t stop her. Saravana leaves from there and imagines Sandhya will suit to this IPS position. Sandhya is feeling guilty for being harsh to Saravana yesterday. She shows the disappointment in Sivagami to Saravana.