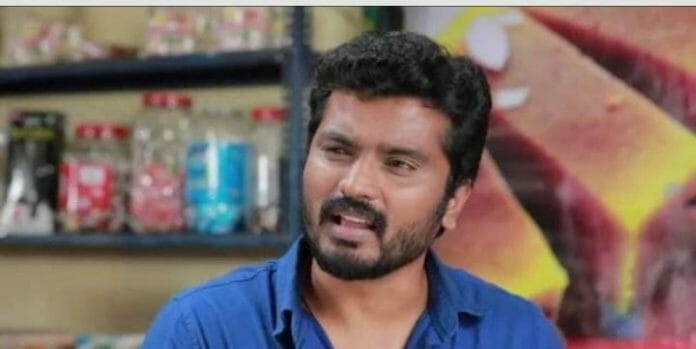 In the previous episode we saw; Paranthaman gave amount to Senthil. He demanded him to give this money to every shop owners along with tocken number. He told him it’s necessary to give money to get their support in return. Senthil took that amount to home. Archana heard their plan and looks confused.

Later, Adhi got money from his friend. He revealed to him it’s a black money. He wanted to exchange it in bank. Meanwhile, Jessy met her parents in beauty parlour and learnt from them Adhi brought money from them. She check his cupboard and found money in it. She inquired him about it. Adhi slapped her for questioning him.

In the upcoming episode viewers will see; Sivagami will hear the sound and confront Jessy. Jessy will lie to her that suitcase fell down. She lied there not to create a new issue. Later, Paranthaman will make merchants drink and demand them to vote for him.

Saravanan’s supports will show the video to Saravanan and ask him to do something. He will give extra money to cable operator and ask him to record his video. He will reveal Paranthaman plan to everyone through cable channel.

Merchants wives will watch it and fumes. Sandhya will be surprised to see Saravanan’s new trick.

Will Sandhya become a IPS? When will Archana’s truth come out?