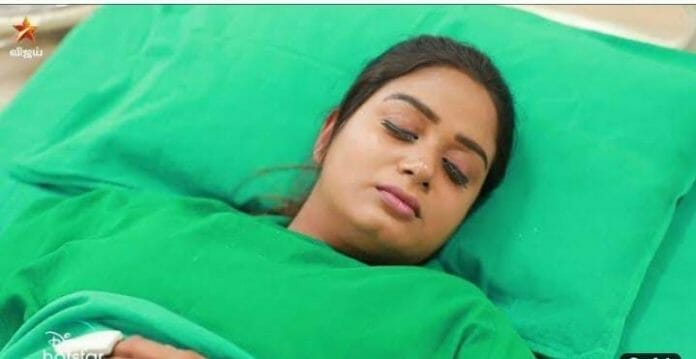 In the previous episode we saw; Sandhya appreciated Saravanan’s idea. She motivated him to win the election. Later, Archana wished best of luck to Senthil and assured him that he will win the election.

Archana demanded Sivagami to bless her son. Sivagami prayed for them but refused to bless both of them. Later, Sandhya called Saravanan to encourage him. Gauri overheard Sandhya’s conversation with Jyothi. Later, Senthil asked Sivagami to vote for him. At the end Saravanan won the election

In the upcoming episode viewers will see; Merchants to celebrate Saravanan’s victory. Paranthaman will insults the merchants for not vote for him after brought money from him. They will throw the money on his face and give a fitting reply to him. Senthil will leave from there in anger. Sandhya will be tensed about the results.

Saravanan will inform Sandhya that he won in the election. She will be happy to hear it. Later, Senthil will create a problem in home and leave from there taking his baby. Saravanan will stop Senthil and reconcile with him. Later, Terrorist will attack Sandhya