The festival of Ganesha has started with Ganesh Chaturthi. Bappa has been welcomed, though, in a low key celebration, the enthusiasm is no less. Rajan Shahi along with his Director’s Kut Productions (DKP) team welcomed Ganpati on the sets of his popular shows “Yeh Rishta Kya Kehlata Hai” (YRKKH), “Yeh Rishtey Hain Pyaar Ke” (YRHPK), “Anupamaa” and his Marathi show “Aai Kuthe Kay Kartey”. Four different pandals have been created for Bappa on the sets of the show and Rajan says Ganpati’s arrival has filled the sets with positivity.

“Everybody in DKP looks forward to Ganpati celebrations, because it not only unites the entire team, the cast and the crew, but every year with the Ganpati sthapana there is a sense of unity, and festivity and the sets go through a huge change because it brings so much positivity. This is the 11th year of Ganpati sthapana in YRKKH and the entire cast and crew welcomed Bappa together. The celebration then continued on the sets of YRHPK with the sthapana there. This is the first year of Ganpati celebration and sthapana on the sets of ‘Anupamaa’ and ‘Aai Kuthe Kay Kartey’. The whole team prayed and asked for Bappa’s blessings. It was nice to see that they all welcomed Bappa together,” he said. 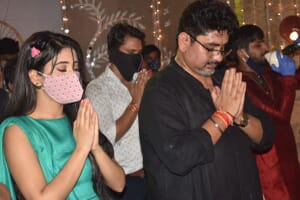 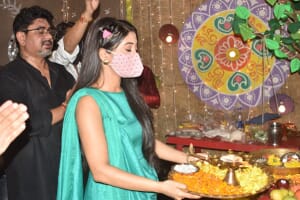 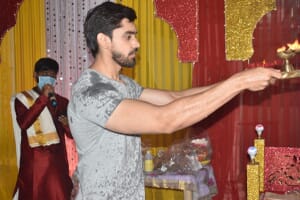 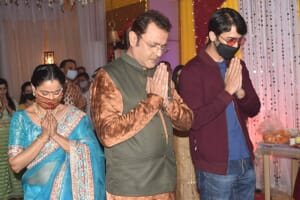 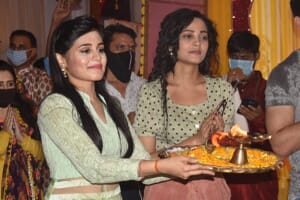 “I always feel that no matter how hard we work but without the blessings of the almighty there can never be success or positivity. Another very special thing was the way the pandals were created, they all were like a very unique and beautiful abode for Bappa. We are really looking forward for the celebrations to continue,” he added.

Rajan’s “Yeh Rishta Kya Kehlata Hai” is one of the longest-running TV shows and features Mohsin Khan and Shivangi Joshi in the lead role. The show went on air in 2009 and has been the audience’s favourite since then.

“Yeh Rishtey Hain Pyaar Ke” went on-air in 2019 and features Rhea Sharma and Shaheer Sheikh as the lead. The show is a spin-off of “Yeh Rishta Kya Kehlata Hai”. The audience is a big fan of the chemistry of lead pair, who is fondly called MishBir.