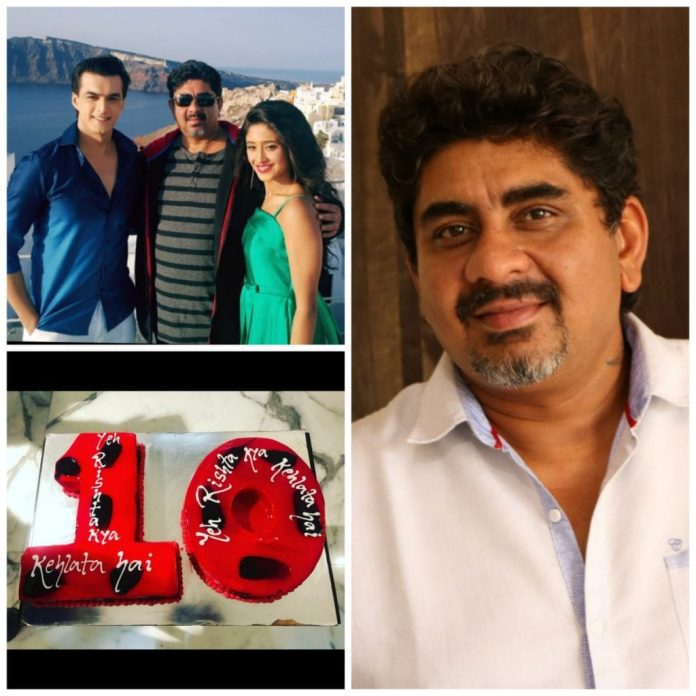 Rajan Shahi’s Yeh Rishta Kya Kehlata has completed a decade and the producer could not be prouder. In a candid chat, he talks about the show, what it means to him and the secret to it running successfully for so long.

How do you feel the show has completed 10 years?

10 years, 2830 episodes… what makes us unique is that we have been the longest running GEC in terms of episodes. Honestly, it doesn’t seem ten years because I just see this time period as becoming 10 years younger. From the first day of the shoot, to date, we have had a very committed team who believed and stood by the show. They like to give their best each and every day to Yeh Rishta Kya Kehlata Hain.

The show has seen ups and downs of character yet the actors are recognised as YRKKH characters what do you think connects the characters to the audience?

I think YRKKH has evolved over time but the texture of the show has remained the same. It kept the TRPs high. We have not played with gimmicks whenever drama is required. The dimensions have changed. The family setups have changed, interrelationships have evolved just as it has happened in India as well. So, what really connects is that every member of the family will find some connection with some character in YRKKH.

Many actors have come and gone but the show has stood rock-solid. Comment.

The show has never shown any full negative character.

I think that is one thing that is identify-able, one thing that is very interesting in this journey of ten years. We have never had a nomination in a negative character in an award function. There have been characters whose angst and anger have been shown but in a justified manner. There have been grey characters but the reason behind their actions is justified. We have never had a dark shade character to get TRPs. I think that has been one beautiful part in the writing and creating characters in YRKKH.

The romance over the years has been retained.

What is your biggest challenge as a producer and who is involved in all the aspects of the show on a day to day basis?

If I look back, the biggest challenge has always been to keep the enthusiasm alive on a day to day basis. Naturally there are production differences, creative differences, or differences within the artists. I think my biggest challenge is how to keep the team together. Having differences is very normal, it happens in a daily soap because of a huge star cast. There are bound to be day to day challenges and issues. I think my biggest achievement, without sounding arrogant, is how to keep the team together on a daily basis. In the same way, I will also say that no show will be possible if you don’t have the support and faith from the broadcasters’ side. So, Star Plus has also been a great support and partner in delivering my vision to the audiences.

One message to the audiences