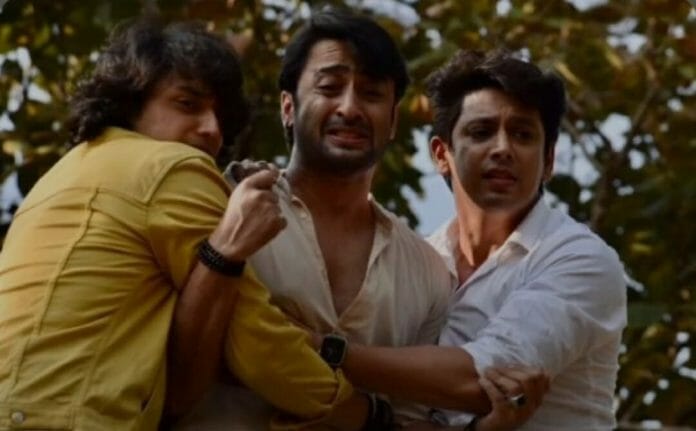 Tragic end to the character of Sayuri in Star Bharat popular daily Woh To Hai Albelaa that features Hiba Nawab and Shaheer Sheikh in the lead. Show is dong splendid and its seat edge drama is grabbing the eyeballs.

Woh To Hai Albelaa is all set to bring newness in its storyline. Show soon will undergo one year leap according to the reports. A leading daily reported Sayuri’s character will end in the show. Actress Hiba Nawab is all set to play new character in the show. She might also fake memory loss to save herself from the enemies. Will Kahna be able to live without Sayuri? Will Sayuri be able to control herself from going back to Kanha? Future episodes of Woh Toh Hai Albelaa will be mindblowing.

Talking about the precap: Sayuri will go near the cliff. She will have a conversation with Kahna over a mobile. Rashmi will chase Sayuri and will push her down the cliff to avenge Kahna. How Kahna will react on Sayuri’s death will be interesting to watch.

Rajan Shahi’s bring common plots in his show. After Woh To Hai Albelaa, one more leap in Yeh Rishta Kya Kehlata Hai triology. Fans are ready to skip the episodes if Abhira aren’t together.

Coming back to Woh To Hai Albelaa, show lead Shaheer Sheikh aka Kahna shared his picture with Sayuri. We will miss you Sayuri created lots of buzz. Check out: