Rajesh Kumar: Taking a dig at public figures might not be the best way to procure classy comedy!

When it comes to effortlessly making the audience laugh, there is not better name in the current Indian television industry other than actor Rajesh Kumar. Currently, seen as the lead Sanam in producers Sanjay Kohli and Binaiferr Kohli’s show Excuse Me Madam, Rajesh’s style of delivering comic scenes is loved by the country and how! But, when it comes to his personal choice of getting entertained by comedy, Rajesh has set a high bar for himself. 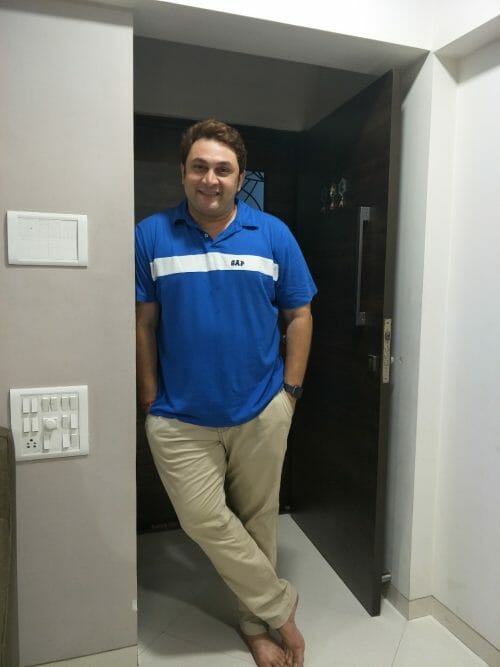 “I prefer to watch shows which are character and situation based. Comedy for me is the reflection of the society you live in or the society you have come from. So, I guess anything which is middle class and humourous. I would say that for me Sarabhai Vs Sarabhai is the ultimate comedy show and any show which is upto that standard, I would like to watch that. I don’t watch many comedy shows on television because in the name of comedy, they are churning out the same stuff which has been happening since 30-40 years. Nothing unique has come up.

The British humour, the English comedy is something which I prefer to watch,” says the talented actor, whose character of Rosesh Sarabhai in the iconic Sarabhai vs Sarabhai show, can still brighten up a dull day for anyone.
The actor, who has been in the television industry for over 2 decades, also sheds light on what comedy means and how the content of comedy reflects on a writer or artist’s creativity.

Firstly, addressing the complain of double meaning dialogues in comedy shows, he says, “I don’t think there are too many double meaning jokes happening in too many comedy shows. Couple of them do because they have male audience, and they are catering to above 40 male audience.” Secondly, the seasoned actor believes that taking a dig at public figures might not be the best way to procure classy comedy.

“I am against making fun of popular personalities because it shows the limitation of comedy and comedy writing. A lot of humour can happen without taking a dig at anyone. That is the creative aspect we need to keep in mind. I don’t like below the belt humour because it doesn’t leave a good taste when you are watching it with your family.

It might give you instant popularity but in long run the more real you are, the more consistent as an actor or serial you will be. For me comedy should have repeat value, people should enjoy re-runs but many times you can’t watch comedy shows again.

So, we need to focus and concentrate again. For example films like Chachi 420, Jaane Bhi Do Yaaro or shows like Sarabhai Vs Sarabhai,, you can watch it again and again. That is where the actual comedy lies,” he says.
The Kapil Sharma Show, hosted by comedian Kapil Sharma, recently ran intro trouble for taking a dig at a media personality.

Although, the show enjoys a big fan base, Rajesh feels they should not have the need to demean anyone. “Off-late I have not been following Kapil’s show. Earlier I used to like. So, there is no question of likeness or dis-likeness here. I think it is doing a good job. He must be very careful that they should not demean anyone to extract laughter.

That is where I say that your creativity and your own humour should reflect when you are doing something like this where half of the script is not scripted and you are deriving something out of it. As long as Kapil’s show is catering people and people are loving it, I think he is doing a good job,” shares by the actor, Rajesh Kumar.