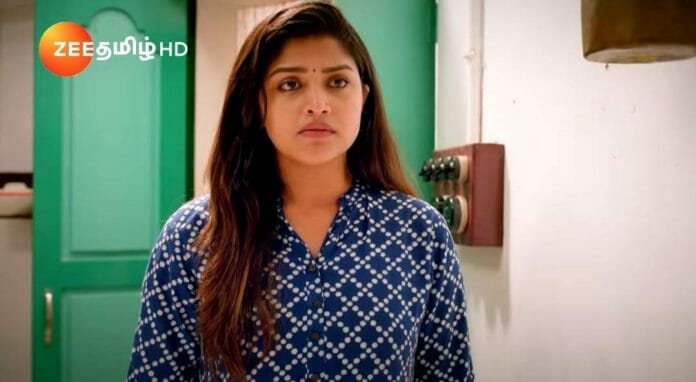 Rajini is a newly launched show in Zee Tamil. This story is about Rajini whom selflessly doing everything for her family. Now serial focusing on Rajini will learn the truth!

In the previous episode we saw; Rajini got hurt seeing Parthiban engaged to Raghavi and left from there. Anitha came near her and took her from there forcefully to take lunch. She noticed Parthiban was not around there and went to search for him. Parthiban sat near her made her surprise.

Rajini demanded him to sit beside Raghavi but he didn’t listen to her. She said to him that he was behaving strange it’s wrong. He said she was doing wrong with him. He saw her tears in that engages invitations. He ate sweets from her plate made Raghavi confused.

In the upcoming episode viewers will see; Maarimuthu will wash his hand but unexpectedly notice old photo of him with Padma. He will hide it from Ranjitham. Later Maarimuthu will lashes out at Padma for being careless.

Padma will try to hide the photo in night but Rajini caught her red handed. She will get shock to learn the truth.

What will happen next? Will Rajini unveil the truth to Ranjitham? When will family members understand Rajini’s sacrifice?