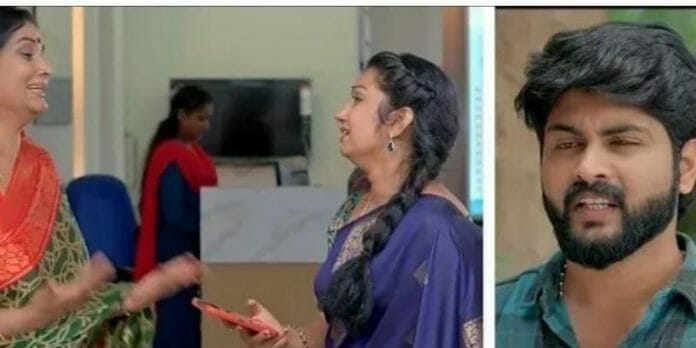 Zee Tamil popular show Rajini has unique story line. This show is about Rajini’s selfless sacrifice for her family. Now serial focusing on Rajini will be in danger

In the previous episode we saw; Radhika shared with Anitha that Rajini and Parthiban’s relationship getting stronger. She isn’t planning anything to separate Parthiban from Rajini. Anitha challenged her to separate her brother from Rajini.

Parthiban’s dad asked Rajini to stay with her parents. Rajini asked Shankari to take the responsibility of her house. Shankari was shocked to hear it.

In the upcoming episode viewers will see; Parthiban’s father will meet with an accident. Anitha and her mom will admit him in emergency ward. The doctor will inform them that he is in critical stage. Meanwhile, Rajini and Parthiban will pack their luggage to leave.

Goons will create a scene there. They will inform Rajini that Murali eloped with Minister daughter. Ranjitham will inquire Murali about it. He will narrate everything to her.

Later, Anitha will try to contact Parthiban but Rajini disconnects the call. She will be shocked to learn Murali married to Minster’s daughter. Goons arrived there