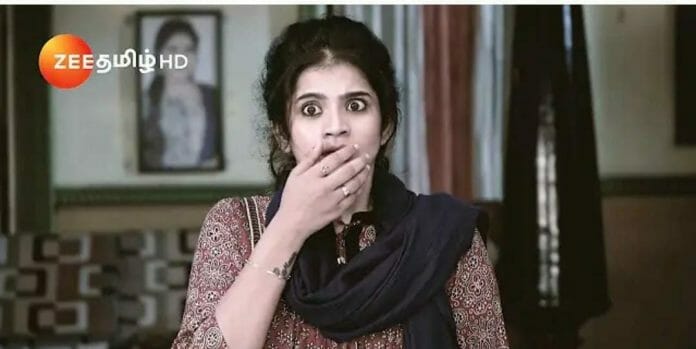 Zee Tamil popular show Rajini has unique story line. This show is about Rajini’s selfless sacrifice for her family. Now serial focusing on Rajini to lashes out at Parthiban

In the previous episode we saw; Rajini’s relatives visited her house. They learnt about Rajini and Divya’s marriage news. They greeted Parthiban. Ranjitham asked them to take blessings together. Rajini Parthiban took their blessings. They enquired him about his job.

Parthiban lied to them as software engineer. He enquired about his salary? He lied to him as he earning 1 lakh per month. They praised him. Ranjitham and Rajini got shocked hearing it.

Later They asked Rajini to pin flower on her hair. Parthiban helped her to do it. After they left Rajini asked him why did he lied to them? He said to her he lied for their family prestige.

In the upcoming episode viewers will see; Parthiban will apologize to Rajini and try to explain his situation to her but she ignore him.

Later Parthiban will take Lingam help to find out Radhika behind everything. Parthiban will confront Radhika and warn her to stop bothering Rajini. She will harm herself and frame Parthiban beat her. Rajini and Aravind will misunderstand Parthiban as culprit.