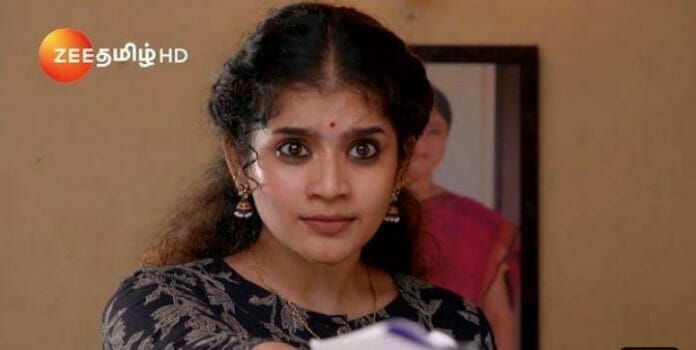 In the previous episode we saw; Maarimuthu informed Radhika that he saw Aravindh with one girl. Radhika doubted Aravind. When he returned to home Maarimuthu confronted him. Aravind lashed out at him for poking his head in his life.

Radhika supported Maarimuthu and scold Aravind. Singamuthu came there and created more scene there. Rajini stopped them fighting. She asked them what’s going on here. Aravind narrated everything to her.

Rajini Said to Maarimuthu that he don’t have the rights to question him. He married to two wives. She tried to solve the issue but Singamuthu fight with Aravind. Both Radhika and Aravind sign in the divorce paper. Radhika fainted.

In the upcoming episode viewers will see; Doctor will confirm Radhika about her pregnancy. She will request the doctor to hide this matter from everyone. The doctor will inform Rajini about it. Later, Rajini will visit her company. Her head will advise her to concentrate on her work.

She isn’t like before. Meanwhile, Thendral will get disappointed seeing Parthiban practicing in his own. She will hide this matter from Rajini. Meanwhile, Radhika will demand Rajini to take a good decision in Ranjitham life.