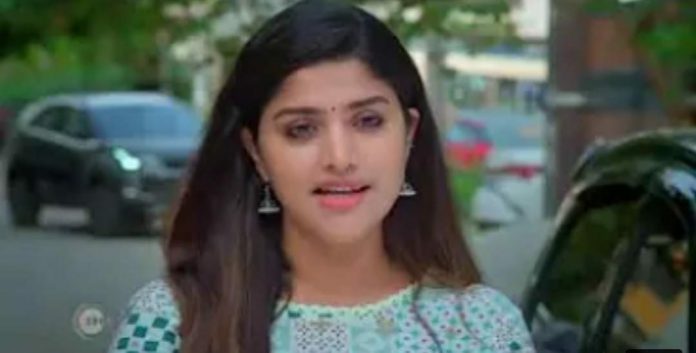 Rajini is a newly launched show in Zee Tamil. This story is about Rajini whom selflessly doing everything for her family. Now serial focusing on Rajini will advise to Kuberan

In the previous episode we saw; Shankari took poison and family members admitted her in hospital. Rajini said to Ranjitham and Murali to stop hurting others with their hurtful words. Murali apologized to Shankari for his mistake. They discharged them from hospital.

Anand gifted jasmin flower to Divya but she asked him to don’t disturb her she wanted to study but he diverted her. Rajini went to office and saw Kuberan hidden from her sight. She confronted him. She was surprised to see him working. He shared to her that he thought they will feel ashamed to see him doing this work. Rajini praised him for started working nothing was there to feel ashamed of it.

In the upcoming episode viewers will see; Parthiban’s mom will feel sad to see her son’s condition. Anitha will inform to all that she found a girl for Parthiban and invite Rajini to accompany her to meet girl whom she selected for Parthiban. Later Selvi will demand Divya to do the household chores. Rajini will feel bad to see her state.

Will Selvi take revenge on Rajini?