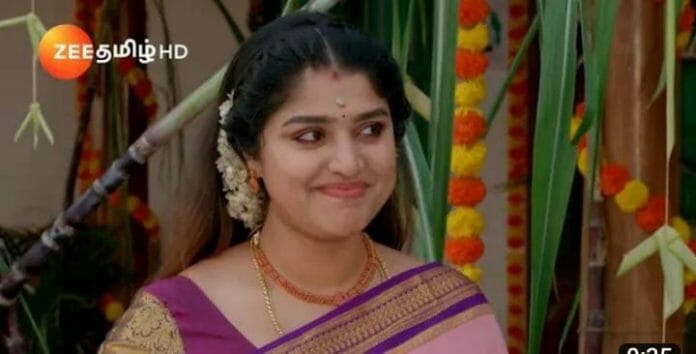 In the previous episode we saw; Aravind pretended like apologize to Radhika and assured to stay with her. Rajini shared her happiness with Parthiban. Aravind demanded Radhika to give a elder son in law respect to him on Pongal day. Radhika decided to give that respect on Parthiban to create rift between Aravind and Parthiban.

Later, Family members arranged everything for Rajini’s Thala Pongal. Aravin pretended angry on Radhika. Parthiban was shocked to see their love on him. He missed his family. Rajini brought Anitha there smartly. Anitha surprised Parthiban to celebrate Pongal with him in Rajini’s house

In the upcoming episode viewers will see: Radhika and Shankari will mock at Anitha for agreed to Rajini’s condition. Anitha will reveal to Radhika that she decided to stop
trusting her. She will assure them to separate Parthiban from Rajini.