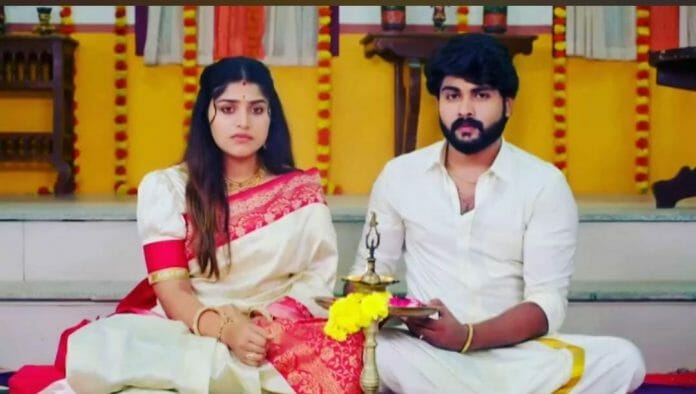 In the previous episode we saw; Ranjitham arranged everything for Varalakshmi pooja. Ranjitham noticed Padma drawing rangoli there and lashed out at her.

Padma informed Parthiban about the pooja. He told her he was sure she won’t do this for her. He don’t have any hope Rajini will do this pooja for him. Padma assured him she will definitely do it for him.

Rajini attend the pooja surprising all. Radhika pretended like faint to interrupt their pooja. Later Parthiban found out Radhika was skipping and taking Papaya juice.

In the upcoming episode viewers will see; Parthiban will meet Aravindh. He will get angry on him for beaten his wife but Parthiban assure to him he didn’t done anything like that. He will reveal to him that Radhika frames him.