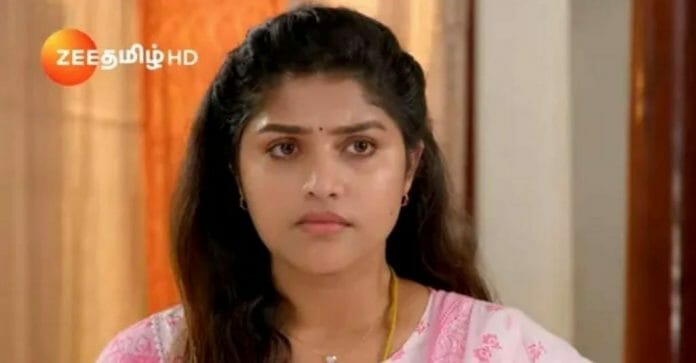 Zee Tamil popular show Rajini has unique story line. This show is about Rajini’s selfless sacrifice for her family. Now serial focusing on Rajini determined to find the culprit

In the previous episode we saw; Rajini narrated to Ranjitham that few goons kidnapped Parthiban and Kuberan for money. She saved them with the help of the police. Ranjitham asked Rajini to take care of Parthiban.

Shankari said to Rajini that she wanted to talk with her. She revealed to Rajini that Parthiban was troubling their family. She demanded Rajini to kick him out of their house. She won’t stay in same home with him.

Radhika and Maarimuthu supported her. Ranjitham didn’t heed to their words. Ranjitham cleared to them that she doesn’t care about them. She will only support Rajini and Parthiban. Later, Rajini learnt from Kumar that Parthiban paid her debts

In the upcoming episode viewers will see; Rajini will confront Kuberan to learn the truth. Kuberan will reveal to Rajini that her family member plotted against her but Parthiban saved her from it. He will narrate the situation to her.