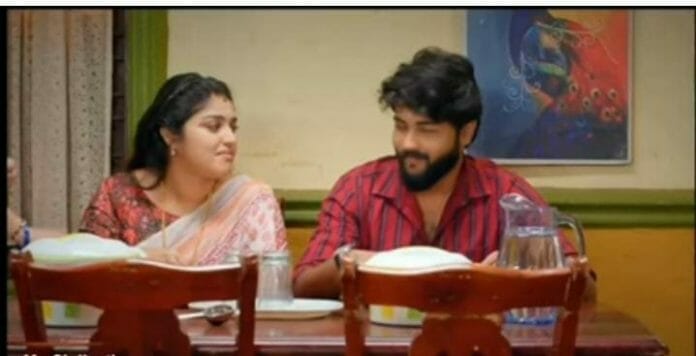 In the previous episode we saw; Anitha demanded her parents to leave from there before they throw them out. Rajini and Parthiban rushed behind them to stop them. Radhika said to Shankari that she thought Padma will go out of this house but Parthiban parents left .

Parthiban stopped his parents from leaving and apologize to them. Anitha complained that he insulted his parents in front of everyone. Rajini and Parthiban apologized to them but they cut all their ties with them.

In the upcoming episode viewers will see; Ranjitham will ask Rajini to get ready for their first night leaving her ego. She will order them to start their life. Rajini will search for a new job. Padma will advise to her.

Radhika will try to provoke Ranjitham against Rajini but backfired. Padma will support Rajini in front of Ranjitham but she scolds her. Rajini and Parthiban will pretend like happy to make Ranjitham happy. Radhika will find that Rajini pretending to be happy