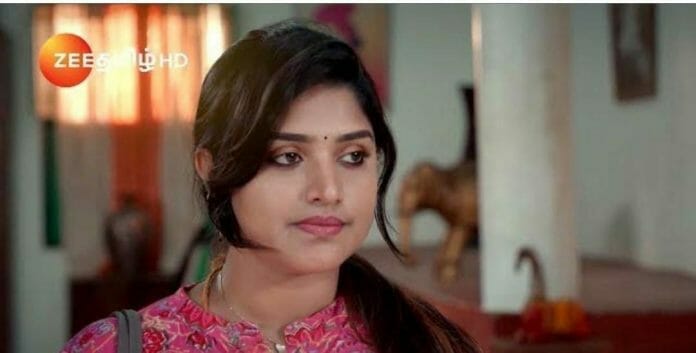 In the previous episode we saw; Parthiban reached to the court. Anitha questioned him about Rajini? He cleared to her that he doesn’t have any idea about her. Lawyer gave pressure to Anitha. Anitha misunderstand that Rajini doing it intentionally to stop this divorce. She demanded Parthiban to sign in the divorce paper first.

Rajini failed to reach on time, Anitha misunderstand Rajini and scold her. Radhika asked Singamuthu to don’t let Rajini stop the wedding. She might sign in the divorce paper. Singamuthu assured to her. Next day Rajini got ready to go to court. Kuberan found out the truth but Shankari demanded him to hide it from Rajini.

In the upcoming episode viewers will see; Rajini will reach the court to sign in the divorce paper. She will receive a video message. She will get shock to find out Raghavi’s true color. She will rush to stop the wedding. Rajini will slap Parthiban for agreed to marry Raghavi. She will confess her love for him.