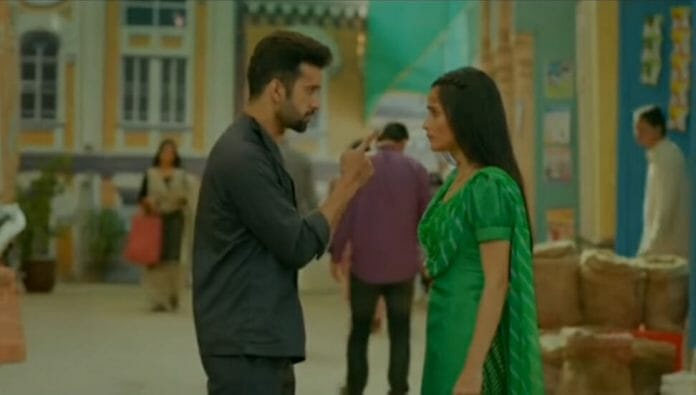 Star Plus’ daily soap, Rajjo, is gearing up for more drama with Urvashi and Pushkar plotting against Rajjo.

In the current story, it’s seen that Urvashi tells the Thakurs that Rajjo registered to take part in the Diwali race as Rajjo Arjun Singh Thakur. The Thakurs berate Rajjo for daring to participate in the race as Arjun’s wife and humiliate her. Arjun decides to remove Rajjo’s name from the competition as she’s not just family and he is going to participate in the race on behalf of his family.

Rajjo gives the Thakurs a befitting reply for using cheap words against her just to stop her from taking part in a competition. She shows them their real place. She says that she cuts Arjun’s name from her name and declares that she will participate in the Diwali race as Rajjo Manorama Dhaki.

In the upcoming episode, it will be seen that Arjun will angrily punch the bag, saying that he won’t let Rajjo win the race. Rajjo will stop Arjun and will ask why he is determined to defeat her and why he is hurting himself. Arjun will refuse to talk with Rajjo, who is double-faced.

Rajjo will say that then he shouldn’t talk with Urvashi. Just then, Urvashi will come and encircles Arjun’s arm with her hand. Arjun and Urvashi will ask Rajjo not to come between them.

Arjun will say that Rajjo’s plan won’t work hereafter. He will say that they will win the race and they will get all the happiness after their wedding. Rajjo will be sad to hear this.

Can Rajjo win the race against Arjun?