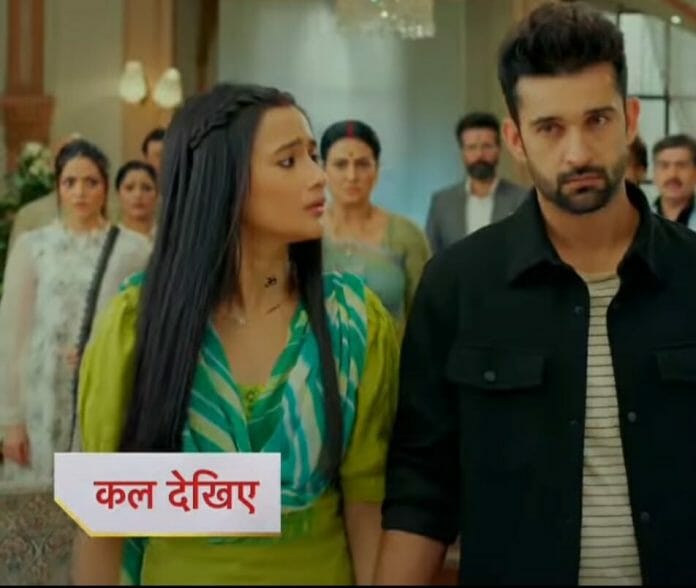 Star Plus’ daily soap, Rajjo, is gearing up for more drama with Arjun taking Rajjo with him to find Urvashi.

In the current story, it’s seen that, as Urvashi’s parents blame Rajjo for Urvashi’s kidnapping, the police ask Rajjo why she was following Urvashi. Rajjo knows that they won’t believe it if she tells the truth that Urvashi tried to loot Arjun, so she lies that she went after Urvashi to get an update on Arjun’s health.

She says that she didn’t do anything with Urvashi. Madhu says that Rajjo is lying. So, the police check the CCTV footage and confirm that Rajjo is telling the truth. Later, Arjun decides to go to find Urvashi. The Thakurs try to stop Arjun, but in vain. Rajjo stops Arjun and refuses to let him go anywhere alone.

Arjun decides to take Rajjo with him as she saw Urvashi last before she gets kidnapped. Rajjo and Arjun get a lead to identify the car in which Urvashi was taken and go to a village to meet someone who can help them to tell about the car’s owner. As the priest isn’t in the village.

They’re forced to stay there for that night and take a room for both in Dharamshala as only one is available. Arjun says that Rajjo is his legal wife when the receptionist questions about Rajjo.

In the upcoming episode, it will be seen that Rajjo will take care of Arjun. Arjun will show the car photo to the priest. The latter will identify it and will tell them the location where they can find it. Arjun and Rajjo will rush there along with Chirag and Arjun.

But they will find no one there. In Thakur’s mansion, Urvashi’s dad will receive a video from an unknown number. He will show it to the Thakurs. In that video, the kidnapper will shoot Urvashi, which will shock the Thakurs.

Who kidnapped Urvashi? Will Rajjo and Arjun be able to find Urvashi in time?