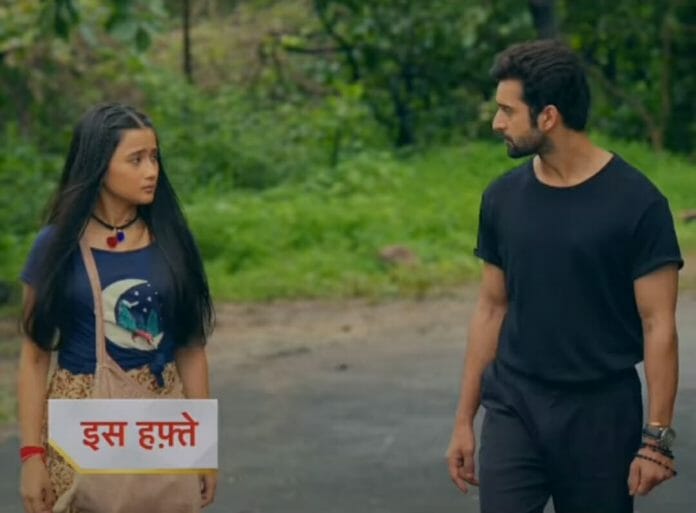 Star Plus’ daily soap Rajjo is gearing up for more drama with Rajjo and Manorama leaving Thakur’s mansion.

In the current story, it’s seen that Madhu sends Rajjo and Manorama out of the house and closes the door to prevent Arjun and Rajjo having a talk. Arjun is sadly sitting in his room hat he didn’t see him before her departure. He becomes happy when Rajjo gets into his room through the balcony.

Rajjo says that she can’t leave without meeting him. She thanks Arjun for all his help and his care. Arjun asks about Rajjo being forced to marry Vicky when she wants to live in Lucknow and work. Rajjo says that for the first time she argued with her mom over this, but in the end her wishes got defeated in front of her mom’s wishes, as no one can love her as much as mom loves her.

She says that she should consider Manorama agreeing to stay in this city as her half victory and be happy. Rajjo becomes emotional when it’s time to leave. She hugs him tightly.

Arjun hugs her back, controlling his tears. Later, Arjun is resting his head on Madhu’s lap and is sad thinking about Rajjo. He hears two guys talking about Vicky driving the car recklessly and rushes to find Rajjo.

She will say that there can’t be any other relationship between boss and worker than master and servant. She will tell the difference between a rich and poor person and will that Rajjo and Arjun can never walk, be, or stay together. She will say that their meeting was an accident, their separation is their fate. Arjun and Rajjo will look at each other emotionally.