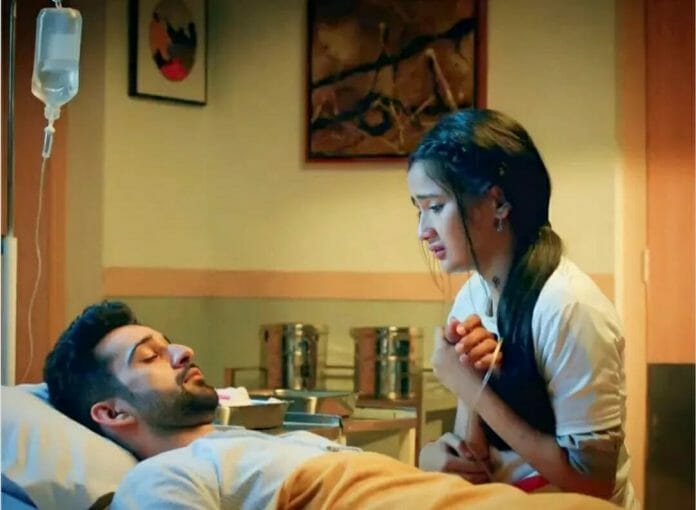 Star Plus’ daily soap, Rajjo, is gearing up for more drama with Rajjo being blamed for Urvashi’s missing.

In the current story, it’s seen that Rajjo finds Kalindi’s behavior weird and doubts that Kalindi knows who tampered with Arjun’s medicine box and tries to hide it. She is determined to find out the truth at any cost. Urvashi is threatened to repay her debts by the moneylender who entered the hospital in the disguise of a doctor.

Rajjo is worried about Arjun’s health and prays  to God for him. She imagines him in front of her fit and fine and prays to God to make her dream real. Rajjo receives Sinha’s phone. Rajjo tells him that she couldn’t take part in the race as she refused to leave Arjun, who united her with her mom alone when he was in danger.

Sinha offers Rajjo to work as his assistant. Rajjo happily agrees. Later, Rajjo overhears Urvashi fighting with her parents on the phone and follows her to find out her next plan to loot Arjun. Rajjo misses  Urvashi from her sight for a fraction of a second when an ambulance passes between them. Urvashi gets kidnapped.

The inspector asks what Rajjo wanted to talk about with Urvashi to follow her. Rajjo hesitates to tell them about Urvashi trying to loot Arjun as no one would believe her.

In the upcoming episode, it will be seen that Arjun will decide to go to find Urvashi. Rajjo will stop Arjun.  Rajjo will refuse to let Arjun go anywhere alone. So, Arjun will say that Rajjo should help him to find Urvashi, since she saw her last. Arjun will hold Rajjo’s  hand and will take her with him.

Will Arjun and Rajjo come close while trying to find Urvashi?