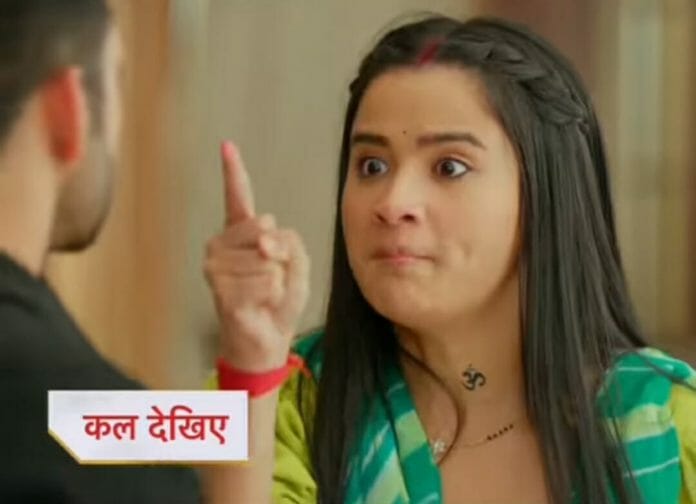 Star Plus’ popular daily soap, Rajjo, is gearing up for more drama with Urvashi framing Rajjo.

In the current story, it’s seen that Urvashi accuses Rajjo of kidnapping her since she caught her getting Arjun’s sign on the fixed deposit papers. Urvashi accuses Rajjo of trying to loot Arjun. Rajjo denies the allegations. She says that Urvashi wanted to get Arjun’s sign, but she prevented her and they fought because of that in Arjun’s room when he was unconscious.

Rajjo and Urvashi argue over this. Rajjo asks them to shut their mouths. He refuses to believe any of them and asks them to submit evidence to prove their words. Urvashi immediately shows CCTV footage of the hospital corridor. In the video footage, Rajjo is shown running out of Arjun’s room with the papers and Urvashi going after her.

Rajjo explains that she ran snatching the papers from Urvashi. Arjun asks Rajjo to show the bank papers to prove her words. Rajjo says that she gave those papers to Kalindi. Rajjo is shocked when her name is written on the papers instead of Urvashi’s.

To prove her innocence, Rajjo requests Kalindi to tell the truth as she informed about Urvashi’s plan and asked her to stop.

In the upcoming episode, it will be seen that Arjun will accuse Manorama of being involved in Urvashi’s kidnapping. Rajjo will warn him not to speak badly about his mom. As Arjun will keep speaking ill of Manorama and will say call her Manorama greedy, Rajjo will lose her calm and will grab Arjun by his shirt’s collar.

How will Rajjo prove her innocence and expose Urvashi?