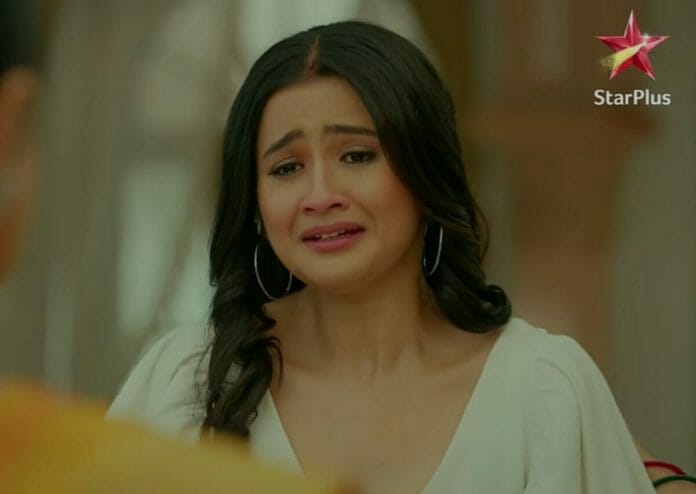 Star Plus’ popular daily soap, Rajjo, is gearing up for more drama, with Rajjo questioning Arjun.

In the current story, it’s seen that Manorama decides that Rajjo shouldn’t stay in Thakur’s house anymore as they’re exploiting her goodness for their selfishness. But Rajjo refuses to leave and asks Arjun if he won’t stop her. She will ask Arjun if he does have feelings for her.

She will ask Arjun to decide whether to stop her or let her go forever. Arjun goes upstairs without answering Rajjo. Rajjo is adamant about getting the answers from Arjun. Rajjo goes to Arjun and urges him to answer her. Arjun says that he didn’t stop Rajjo as she only got pain in this house and his family doesn’t understand her value.

In the upcoming story, it will be seen that Arjun will pin Rajjo to the wall and will ask her if she wants to continue their relationship despite what all happened. Rajjo will look on. Pushkar will kidnap Manorama. He will take her to an isolated place, near the river and will throw her into the river in which there’s a crocodile.

Rajjo will find that Manorama is missing and she left while cutting vegetables to cook for her. She will grow suspicious. Later, Rajjo will be worried about Manorama and will ask Madhu about Manorama.

Arjun will say to Rajjo that she’soverreacting, Manorama will be fine. Rajjo will get furious and will angrily say to Arjun that he won’t say the same if his mother goes missing.

What will happen next? Will Rajjo be able to save Manorama in time?