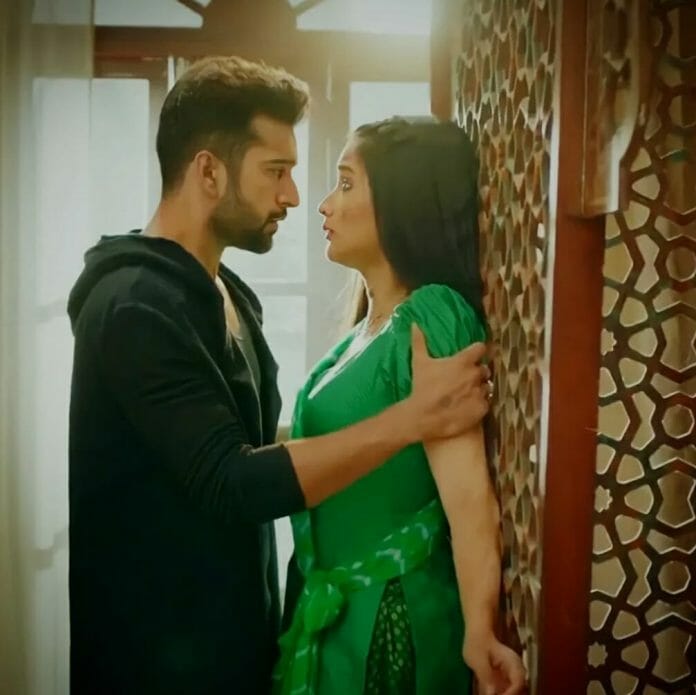 Star Plus’ daily soap, Rajjo, is gearing up for more drama with Arjun getting confused about his opinion on Rajjo after learning about Manorama’s accident.

In the current story, it’s seen that  Urvashi’s fake uncles take the Thakurs leave. Arjun wants to put their bag in the car, but they refuse. They even refuse to give the bag to Rajjo, saying that it contains a precious thing. Kalindi notifies Rajjo that she saw Urvashi taking the kalash from the terrace. She adds that after that, the kalash is missing. Rajjo and Kalindi realize that the kalash is in the bag, so Urvashi’s fake uncles refuse to give the bag to anyone. Rajjo makes a smart plan.

She scares them by using  the Rottweiler. They get frightened and drop the bag. The Thakurs are shocked to find the kalash inside the bag. Arjun and Madhu question Urvashi about her uncles stealing the kalash. Urvashi fakes a story and makes them believe that she doesn’t know about her uncles’actions.

She tries to accuse Rajjo of framing her uncles for throwing her out of the house, but Arjun defends Rajjo. However, Madhu supports Urvashi.

In the upcoming episode, it will be seen that Arjun will angrily punch the bag, saying that he won’t let Rajjo win the race. Rajjo will stop Arjun and will ask why he is determined to defeat her and why he is hurting himself. Arjun will refuse to talk with Rajjo, who is double-faced.

Rajjo will say that then he shouldn’t talk with Urvashi. Just then, Urvashi will come and encircles Arjun’s arm with her hand. Arjun and Urvashi will ask Rajjo not to come between them.

Arjun will say that Rajjo’s plan won’t work hereafter. He will say that they will win the race and they will get all the happiness after their wedding. Rajjo will be sad to hear this.

What will happen next? Can Rajjo win the race against Arjun?