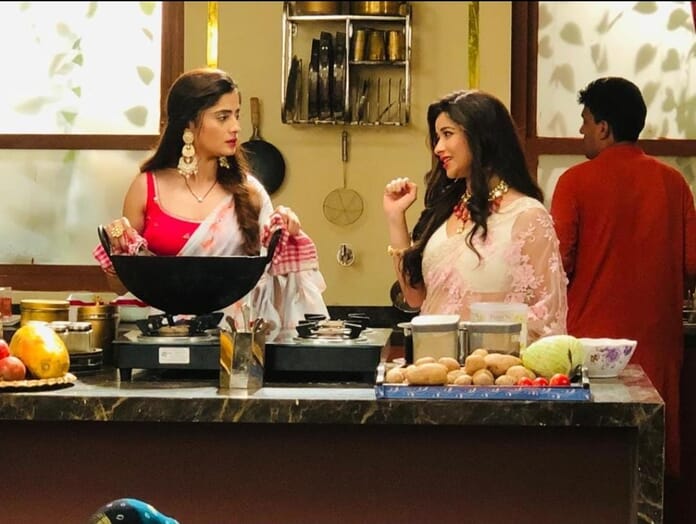 In the Thursday episode of Yash and Mamta Patnaik’s “Rakshabandhan:  Rasaal Apne Bhai Ki Dhaal” the audience will see that Kanak is still distancing herself from Shiva.

Meanwhile, Chakori tells Moong that Samar is on their side which upsets him because she hid it from him.

Later, Shiva is remembering his childhood days when he sees Kanak and thanks her for staying.

Chakori is then seen hitting the servants when Shiva stops her and tells her that since Kanak is the daughter in law of the house she will take care of the kitchen. Later, the servants ask Kanak what Shiva likes for breakfast but she couldn’t reply. Rasaal then comes to help her.

Shiva then goes outside and tells Moong that he will take care of the hisaab kitaab of business. This makes Moong angry. Shiva then tells Chakori that he has a surprise for her. He calls the lawyer and openly declares himself and Rasaal as the waris of the house.

What will Chakori do now? To know what happens next, keep watching “Rakshabandhan: Rasaal Apne Bhai Ki Dhaal”.