Ranveer Singh brought a different level of energy to Gokuldham Society when he came to promote his film Simmba. Guess who could match up with his energy levels and madness? It was none other than actor Gurucharan Singh who plays the lovable Sodhiji in Taarak Mehta Ka Ooltah Chashmah.
When asked Gurucharan says,”We had great fun on the set and one word to describe Ranveer’s energy level is electrifying. Infact I find mine and Ranveer Singh’s energy level same. This was the first time we met and it will always be special. I have always been a big admirer of his work. Right from his first film Band Baaja Baraat to his last Padmavaat he is superb. The best thing about his work is his dedication. He immerses himself in the character so the presentation always looks real.” 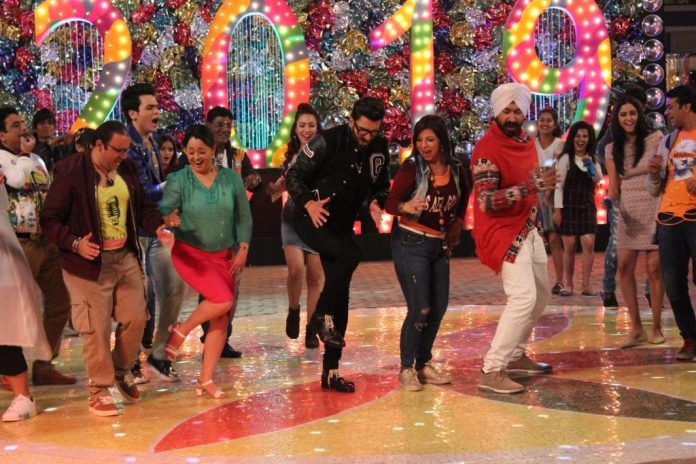 He also adds,”One special thing about Ranveer is his selfies! He always prefer to clicks his own selfie. With me also he has taken the selfie. I wish him all the best for his film Simmba. And looking forward to see it on screen soon.”
Interestingly Gurucharan is known as Gokuldham Ka Ranveer for his liveliness and energy.