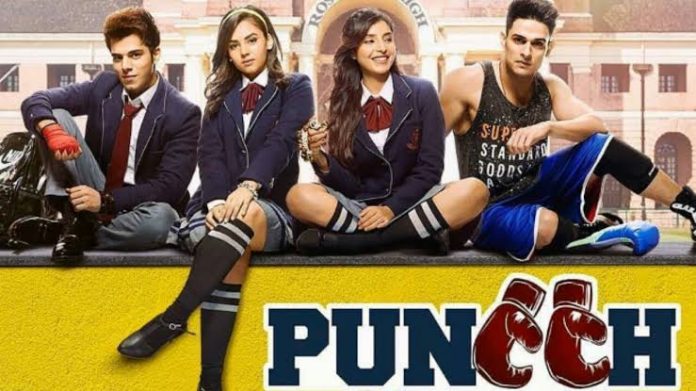 Series and movies releasing on online platforms are indeed putting all regular series to a step back nowadays. All the favorite hot throbs are making their comeback through an online platform rather than choosing a regular daily drama in any TV channel. Ace TV producer Ekta has also tried her luck in producing few series online and without any doubt, she is soaring high successful even in that field. Ekta is a successful producer of numerous TV shows with high TRP rates and many successful Bollywood films. Her production never fails to grab attention or to mark a place in TRP charts. Ekta Kapoor is currently producing a web series which is titled Punch Beat. However, the promos of the show have got people’s attention for the numerous reasons. Ekta Kapoor has her own online streaming platform Alt Balaji and it has outdone all the others. Shows like Gandi Baat, Apaharan and Broken But Beautiful have gained much more popular among the audience with its storyline and also successfully entered the TRP charts. AltBalaji seems to found a good fan base in the youth with its good quality drama. While a lot of interesting stories are still in pipeline, one of the most talked about upcoming series is Puncch Beat starring actors like Priyank Sharma and Harshita Gaur. Punch Beat seems to be a drama about teenagers in high school. Ekta is not new to show such a storyline on screen.

While the news started to spread people misunderstood Punch Beat to be a spin-off for the famous Karan Johar film, Student of the Year. While tweeting Ekta mentioned, “Hey Karan Johar, for all the world who thinks I’m spinning off Student Of The Year (with) Puncch Beat, (it) is not that! But since you are the father of this ‘genre’ right from Kuch Kuch Hota Hai bless this show please and wish Rosewoodians good luck! We at ALT Balaji love youuuuu” clearing the air.

The web series will star Harshita Gaur, Priyank Sharma of Roadies fame, Rohit Suchanti as students, while Tuhinaa Vohra will play the principal and a mother. It will focus on five teenage friends and is produced by Vikas Gupta under the banner of Lost Boy Productions. AltBalaji and Lost Boy Productions previously came together for the Hip Hip Hurray remake web series Class of 2017. Lost Boy production have shows like Kaise Yeh Yaarian for its credit which took India’s youth by a sweep with the music and passion sensation.

Recently, Vikas Gupta, who has created the show, shared the promo announcing that it will stream from this Valentine’s. There are some interesting factors who one should be keeping a tab on the release of this web series.

Youth show always brings a refreshing feeling. High school drama with high-quality content is hard to find. The flow of the innocence and first love is always a fascinating thing to watch. Adding spices to the meal there is also a lot of drama and action waiting on the other side. On the whole, it will make a huge delicious recipe with some rocking music which will indeed leave the audience rock to the beat.

The story revolves around four students Ranbir, Rahat, Divyanka and Padmini studying in a prestigious school named Rosewood High. The first look will give some high key love triangle sequence with the anticipation of having a revenge, hate tory ahead. Essential elements like love, drama, emotion, action, dance, and romance are on point.

The first look shows some rich Bollywood opening with a blend of some romance and high-school drama. Indeed the opening gives us a drive and leaves carving for more. It is going to be indeed a huge wait until Valentine’s day. The storyline looks promising. The actors are indeed giving justice o their roles.

While replying to Ekta Kapoor, Karan Johar told, “Ektu! More power to you and Puncch Beat looks super cool! High school fabulousness! Show it to me soon! I want exclusive viewing rights! Love you and huge love and luck to the team!”

With so much anticipation and love, all we could do is wait until the story unveils on the month of February. Until then all we have is huge wishes and good luck to the crew and star cast.