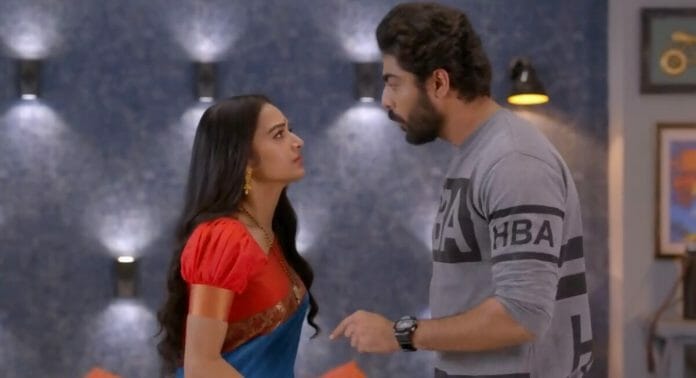 Zee TV show Rishton Ka Manjha will witness a shocking twist soon. Karan is using Diya to stop Arjun from playing the match.Diya refused to play the tournament for Bablu’s safety. Will Arjun play the tournament without Diya? that will be exciting to watch.

Previously it was shown that, how Karan kidnapped Bablu to blackmail Diya so that he can use her against Arjun to stop him from playing the mixed doubles. Arjun tried to know the reason from Diya as she refused to play the match but she argued with him instead. Arjun decided to play the match without her. Diya felt helpless and she met Bablu to give him food and medicine. Ajit threatened her. Madhuri went to ask Diya why she came to her maternal home without telling her and why she suddenly refused to play the match. Diya had no choice but lying. She pleaded Karan to free Bablu but he refused. Karan sent Niharika in the mansion to get information. Niharika acted like she had gone mad. Arjun got mad at Diya and told her to leave his room when she returns back.

In the upcoming episode it will be shown that Arjun will shout at Diya for entering his room. She will want to talk to him. There Karan will lie on couch in intoxicated state. Kavita will try to stop her from opening the door but he will open it. He will find Arjun outside.

Will Diya tell the truth to Arjun?

How will Arjun expose Karan?