The episode starts with Balu says to Kalpana that Anu stayed with them these many years. Even Yasodha feels bad for her. It’s not fair to arranges for Arjun, Roja’s first night in this situation. Kalpana says she went to jail there is no connection with her. Balu tells her Anu committed a small mistakes. She is not responsible for it but Sakshi done it all. Anu is Shenbagam’s daughter. Arjun questions Balu whom said to him Anu is Shenbagam’s daughter. Annapoorna is not eating and sleep properly in sad. Arjun says that Annapoorna slept well and ate well too. But Balu is lying here. Roja says to Kalpana that already Anu’s crime proved now. Soon Arjun will prove Anu is not this house heir. Balu says Arjun didn’t proved it yet so they shouldn’t perform this first night.

Annapoorna reminds Anu’s suffering and thinks to change the way of acting to change Arjun and Roja’s mind. Kalpana tells to Annapoorna that she can’t able to accept Balu’s word. She don’t wanna see Roja and Arjun living apart. She wanna see her grand kid soon. How many days they will live like this even after marriage too. Annapoorna asks them to listen her first and calls Roja there. She touches Roja’s shoulder and hugs her. She blesses her. Arjun thinks he didn’t expected this twist yet. He wishes to wait and see.

Annapoorna says to Kalpana that she loved Anu genuinely. After this much happened here she reminds how pure Shenbagam is? Anu may not Shenbagam’s daughter. Arjun thinks something is fishy. She announces that Roja is this house heir. Shenbagam’s all good characters owned by Roja only. Shenbagam wishes to help needy people and sensitive nature even Roja also resembling it.

Annapoorna says to them she will give a auspicious date to celebrate their First night. Annapoorna pretends like apologies to her and tells her that Anu used to confuse her always. Annapoorna says to Kalpana that she arranged Arjun and Roja’s first night after Arjun married in the function. She informed it to Anu about it. But she manipulates her and confused her. She even threatened her that she will leave the house if she arranged first night for them.

Annapoorna adds that she trusted Anu alot and thinks she is Shenbagam’s daughter. Annapoorna thought that she already losted her daughter then how will she lost her grand daughter too?Blind love on Anu made her lost her mind. After this much happened she thought about it well. She gets a clear mind now. Balu tells her she took decision without thinking. Annapoorna tells her that she is clear now and starts thinking patiently. Roja is this house daughter in law she might live in this house. Kalpana wanna treat her the way she treated her.

Kalpana will take a good care of her. Annapoorna thinks that Roja is smiling here when her grand daughter is on jail. She asks Pratap to arrange a function to introduce Roja to all their relatives. They need everyone’s blessings to lead a happy life. Arjun questions Annapoorna Is he dreaming or not? He pinches to check it. Arjun questions her how come she changed so sudden?

Annapoorna says to them that she is not taking him wrong because he is right. She done many wrong deeds to Roja now she is feeling guilty for it. She regrets joining hands with Anu and hurts Roja a lot. She adds that Arjun many time said to her Roja is parents less child so don’t treat her badly. Annapoorna pretends like apologies to Roja and says she don’t how to wash her sins?

Annapoorna says to her that Anu cheated her a lot. Anu used her love on her in wrong way. She shouldn’t hurt anyone hereafter. She done many sins in her life. If they realized their sin little then it means she came out of it. Annapoorna asks Roja to forgive her. She has no idea how many days she will be alive. Annapoorna pretends like falling on Roja’s feet. Kalpana asks her to stop doing such things. Everyone know about her well. Kalpana says that Anu whom spoiled everything in this house. Arjun thinks that Annapoorna giving high performance. Roja tells to Annapoorna that she is happy because she accepted her. Her blessings is enough to her. Arjun thinks that no one understands Annapoorna better then him. 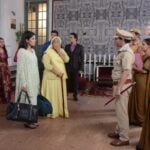 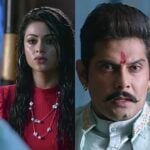 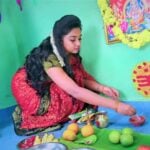 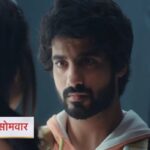