The episode starts with Annapoorna reminds the past incident. How did Manickam brought Anu near her for the first time and feels emotional. Kalpana reaches house along with Roja and Pratap. Kalpana asks Roja to stop there. Kalpana informs to her that she wishes to take arathi to her because she and Arjun won this case together. Roja says let’s take it along with Arjun. She informs to Roja he went to attend a meeting. She got too much dhrishti today in court by saying she takes the Arathi to Roja. She shares to her that she knew well she will win today. Annapoorna cries seeing it. Japan’s asks Yasodha to throw the arathi outside. Yasodha notices Annapoorna and hesitates. Kalpana says to her Roja is this house daughter she won the case.

Kalpana informs to Pratap coming Wednesday is good auspicious day let’s celebrate first night of Roja and Arjun on that day. Roja blushes hearing it. Yasodha hears it and questions Kalpana why is she trying to celebrate it when Anu went to jail? Annapoorna hurts Kalpana emotionally and complaints that she don’t worry about Anu at all. Kalpana says that she is not taking any decision she just mentioned that day is good. She will only take decision after take permission from Annapoorna only.

Annapoorna says that she stopped respecting her. She is a statue for her now. Kalpana says to her stop worrying about Anu she is a criminal. Annapoorna says that Kalpana should’t decide this. Pratap says that she didn’t decide anything bit court took this decision. Doesn’t Anu confessed it in court. When Anu is here she lied to us that she has no connection in this case but today she confessed in court Sakshi done this murder and she helped her. Annapoorna complaints that Pratap starts supporting his wife too.

She asks him to behave same always. Annapoorna says that Arjun played a drama there and confused Anu. He wronged Anu there in court. Arjun doing this all to get praise from Roja. Roja informs to her that Shanthamoorthy is a innocent she wishes to release him that’s it. Anu grown up with her she has no anger on her at all. She is pretend like Anu here and cheating Manickam. She is not Anu but Priya. Annapoorna complaints that Roja has no rights to talk about her. Anu is Shenbagam daughter. Kalpana questions her after this much happened how could she say that Anu is Shenbagam’s daughter. Annapoorna complaints that Arjun made Anu confess this all. He gave pressure to her that’s why she said like that in court.

Annapoorna says that Roja and Shanthamoorthy tortured Anu in orphanage that’s why she was pushed into this state. If she has any idea about it then she would have loved her more. Roja asks Annapoorna to wake up. Anu is a fraud she lied in court. This world is believing Anu as a fraud but Annapoorna is not ready to believe it all. Roja adds that she has many evidence Anu is not her grand daughter she holds her hand. She has no idea how to or make her understand?Annapoorna questions her how dare she to hold her hand? Is she asks permission to her before touching her? Roja says she is her grand daughter.

Annapoorna lashes out at her. Roja says to her there is no need to accept her as grand daughter. She asks her to accompany her to Roja room she will prove Anu’s real face. Anu set micro phone in her room to hear their conversation. Even yasodha and Balu knew about it. Annapoorna says that Roja has no identity she has no rights to talk bad about Anu. She is a greedy person and trying to stole the jewels and properties from them. Yasodha complaints that she is blaming her daughter in law for unnecessary. She asks Pratap to ask her. Pratap supports Kalpana and questions Annapoorna.

Annapoorna says that Kalpana is Provoking her son against her. She is trying to separate her son from her. Kalpana starts cries and shares her emotions with her and gets disappointed to hear Annapoorna blaming her. Kalpana says to her she hates her for the first time in her lifetime.

Annapoorna tells her that they lived happily last 30 years so no need to fight hereafter. Her grand daughter is on jail she can’t able to accept this function in this time. Roja says that she is talking too much here so stop supporting Anu. Annapoorna says clearly that she can’t allow any good function in this house till Anu return. Kalpana says first night is going to happen between Roja and Arjun why is she bringing Anu in it. Annapoorna complaints both husband and wife are staying far so they can postpone this first night one more month too. 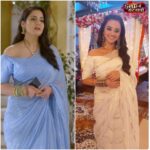 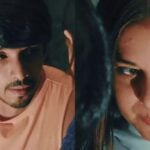 Pandya Store: Shiva to get concern for Raavi when she gets hurt? 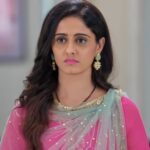 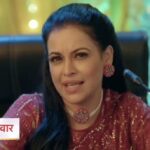