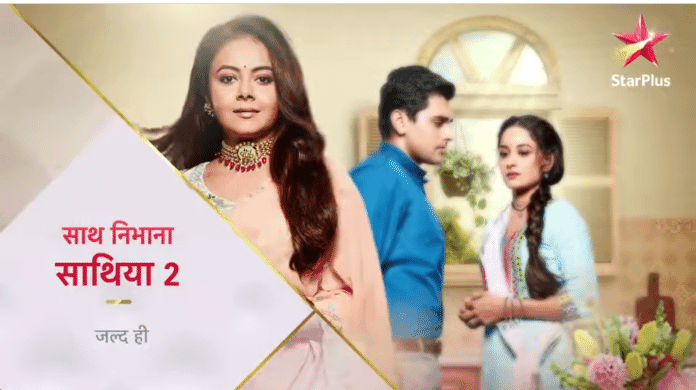 Episode begins with Anant shocks seeing the ballons and decorations. Kanak asks what’s this new drama then realises Gehna is in love. Hema says Anant will reject Gehna now and then her handmade food will cause another trouble. She says Gehna sent Sagar to jail now she won’t leave her. Gehna comes in front of Anant and smiles at him. He moves towards her. She tells him that people says friendship is love and says she is lucky to receive that love from him and says she loves him so much. He shocks hearing her.

She gives rose to him but he didn’t accept the rose and says she has special place in his heart but not like what she thinks. She shocks hearing him. He says love happens only once and he already loved someone so now he can’t love anyone else and says maybe love is not written in his fate. Kanak and Hema smiles hearing him. He says Gehna is really good girl but he doesn’t love her. She shatters hearing him and he leaves from there. Kanak records everything in her mobile.

Gehna drops the rose and walks in another direction. Kanak destroys the rose and follows Gehna. Gehna recalls the moments she shared with Anant and also recalls how he rejected her few minutes back. She thinks she started to fly without thinking about her status and says how can she think that Anant will love her and says she forgot the truth of their relationship.

Kanak says she knows that Gehna’s heart broke but it was bound to happen one day because her marriage is not normal one and says Anant was forced to marry her but she assumed that he loves her. She says Gehna should have stayed happy with the tag of Anant’s wife but she expected love from him. Hema taunts Gehna and laughs at her. They leaves from there and Gehna cries.

Hema’s kids were about to eat food but Hema stops them saying they will click pictures first. They takes Pankaj and Chetan also from there to click pictures. Hiral receives message and leaves from there.Jamuna asks Gehna to call Anant to eat food and stops Paresh from eating sweets. Sagar sees them eating and says they has to face the consequences for sending him to jail. He says now Desai’s will throw Gehna out of the house and goes out to eat.

Gehna tells Anant that Jamuna called him to eat. He asks did she ate. Tiya asks Gehna that she confessed her feelings to Anant or not and asks them to join. Kanak asks Tanu that whose mobile she has. Tanu says it’s Sapan’s mobile and she was recording everything.Hiral meets one guy and scolds him for coming to see her.Tiya says they should play musical chair. Praful feels dizzy. Sagar says game will begin now.