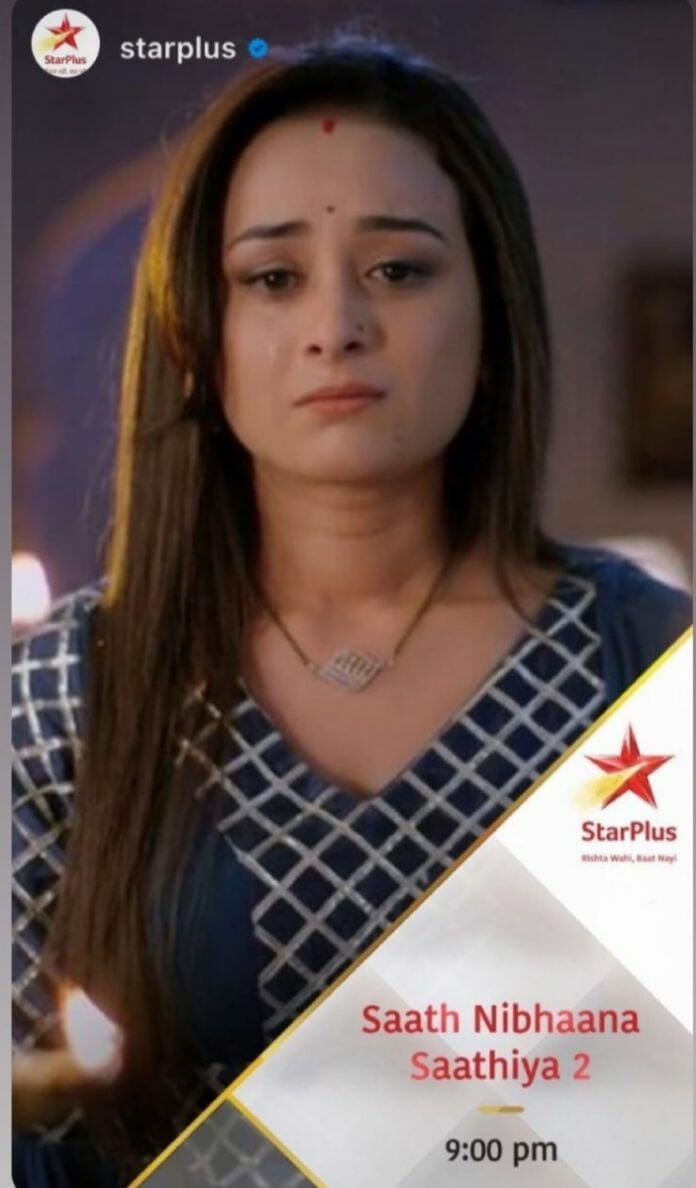 Episode begins with Anant recalls Abhay’s words while driving and he gets pissed off. On the other hand, Gehna makes tea for Praful. Jamuna stops her and tells her to leave the kitchen. Praful comes there and asks Gehna about his tea. Jamuna tells Hema to make tea. He asks her that what’s happening here. She tells him that he let Gehna enter the house but Gehna can’t enter the kitchen and leaves from there. Praful tells Gehna that this house became Ayodhya now. He consoles the crying Gehna. He asks her to trust Anant because her husband is with her so everything will be fine.

Later, Gehna decorates her room and calls Anant but no response from other side. He comes there and she hugs him and asks him that if he is fine. She says that she got tensed because he didn’t pick the call. He tells her that he can’t always roam with mobile to not miss her calls. She realises that he went to Police station and shows food to him. He tells her that these are not his favourite dishes and says that he want to stay alone. She asks him that what happened to him and why he is angry. She apologizes to him and asks him to not go away from her because they were not together for long. He tells her that she was with Abhay that’s why and breaks the flower vash saying that he didn’t liked this and he leaves the room.

Jamuna performs puja and she refuses to give prasad to Gehna. Gehna tells her that the latter don’t know that what happened in Abhay’s house so she should not accuse her. Jamuna tells her that the latter stayed with Abhay as his wife and that’s enough. She says that now Anant also don’t trust Gehna. Praful asks her to not interfere in between husband and wife matters. Kanak says that Gehna is really shameless. Gehna says that she won’t leave her house no matter what they say. Praful asks Jamuna to not insult Gehna.

Anant comes there. Gehna complains about Jamuna to him. He yells at her saying that he knows that who is right and who is wrong and he leaves from there. She follows him. She asks him that what happened that he don’t trust her now. Praful scolds Jamuna for accusing Gehna. Kanak asks him that how can they let Gehna stay in their house. She says that Gehna tried to kill her baby and Gehna aborted her baby too. Pankaj reveals that Kanak is not pregnant.

Anant asks Gehna that what kind of relationship she shared with Abhay. He says that she lived with Abhay as his wife and she forget her memory too. She tells him that nothing happened between her and Abhay. She asks him to trust her. He asks her that how Abhay knows about her mole. She tells him that she didn’t cross her limits. He tells her that he can’t trust her. She says that if there is no respect then she can’t stay with him. He says that she can do whatever she wants to do and he leaves the room. She packs her stuff.

Kanak accepts that she lied about her pregnancy. She says that she was pressurized to tell lie. Pankaj asks her to not justify her mistake. Anant asks him to forgive Kanak because she accepted her mistake. He reveals that Gehna leaving the house. Gehna comes there and says that Anant don’t trust her and she is leaving the house to save her self respect. She breaks her nuptial chain.

Precap – Anant throws Gehna out of the house.