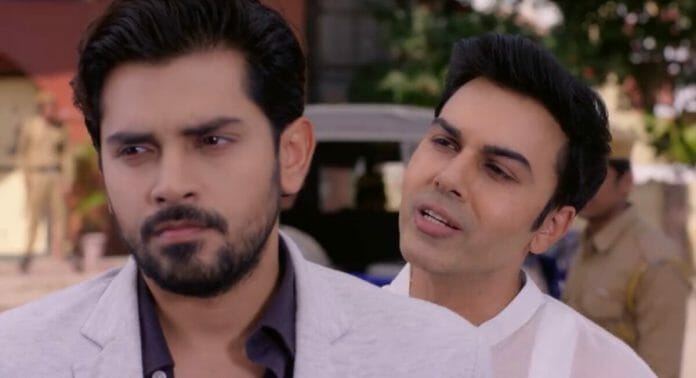 Saath Nibhana Saathiya 2 is seeing twist with Abhay trying to kill Gehna and others and run. Gehna and others will struggle. Will Anant and Gehna be able to fight off Abhay? It will be interesting to watch how will Abhay prevent Anant from seeing Gehna!

In the ongoing track, Everyone beats Abhay. Abhay goes out and sets fire to the house. Abhay runs away. Gehna and others escape somehow. They show the police Abhay’s confession, so Police says they will arrest him. Abhay sees Gehna’s tracker moving and he follows it and finds Gehna in a park crying. Police catches him and he says you are my family, he tries to escape but Anant catches him. Later, Jamuna denies to accept Gehna as she was with Abhay.
Anant decides to stick on with trusting Gehna, even if he has to leave the house. Jamuna does not agree on accepting Gehna. Anant goes to Jail for some formalities on his complaint against Abhay, and learns from Abhay that he had intimate relationship with Gehna. Anant gets angry and Abhay tells him about Gehna’s mole on her back.

In the upcoming episodes, Gehna will think to surprise Anant but Anant will ruin her surprise. Anant will throw