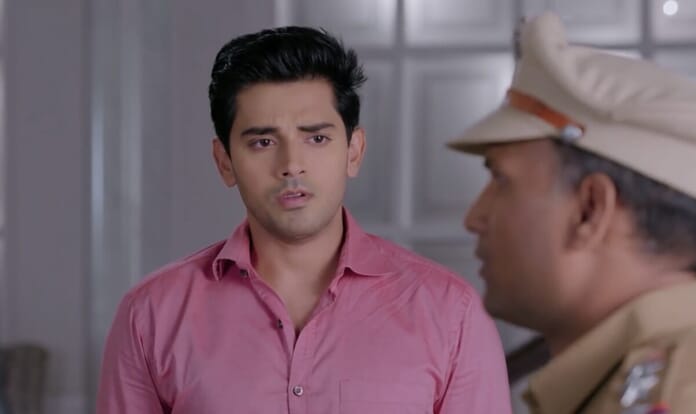 Star Plus’ popular show Saath Nibhana Saathiya 2 is gaining popularity ever since Gehna and Anant have started feeling for each other. Anant is yet to realise his love for Gehna but for viewers it’s easily visible. With lots of twists and turns coming, with Gehna being blamed for Hema’s accident. It will be interesting to watch how Gehna and Anant sustain Kanak’s evil plans against them. Kanak is shown to take the Desai mansion to take revenge.

In the current track, the goons call Desai mansion and threaten them. Hema tells Chetan that Kanak is doing drama. Anant and everyone decide that they are going to find Kanak themselves. Gehna and Anant find out about the car taken on rent. The car owner calls the person who took the car on rent, Dinesh.
Dinesh gets scared and informs Kanak. Kanak dresses up as tourist and Gehna and Anant are confused about Kanak really being kidnapped. Hema takes her decision and calls police to inform them. Kanal feels no one cares for her so she calls Jamuna to save her.

Everyone is seen trying to find Kanak while a parcel comes to Desai mansion. Gehna takes it and opens it. Gehna recieves Kanak’s finger in a parcel. They all panic. Kidnapper call Pankaj and say it’s a fake finger this time but next time it will be real.

Pankaj worries and asks everyone to collect money. Gehna and Anant still think Kanak is doing drama so they hatch a plan. Here, Kanak sends a kidnapper with property papers so that Desais sell out the mansion. Pankaj recieves it and he is about to see the face of the kidnapper when he gets shot by the kidnapper on leg.

Everyone treats Pankaj’s wound. Kanak wonders how the Desais agreed so easily. Kanak calls Pankaj showing she is scared. Pankaj reveals Anant’s plan to Kanak for giving fake papers. Kanak makes kidnappers threaten Gehna after which Gehna thinks Kanak is really kidnapped. She tells Anant to abort the plan and misunderstands that Anant agreed to give real papers.

In the upcoming episodes, Kanak will return and throw the Desai’s out of the house.

Will Gehna be able to save Desai from Kanak’s evil plan? Will Anant realise his love? What will be Kanak upto next?