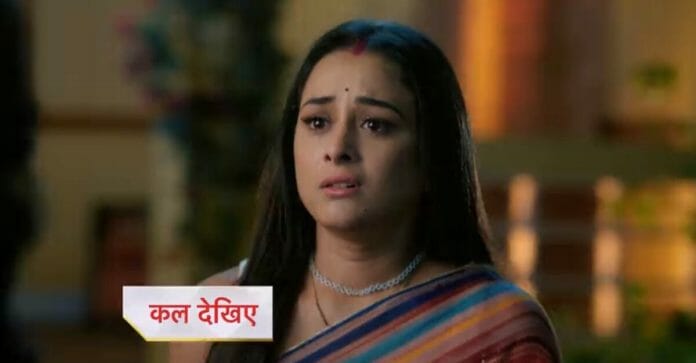 Sneha Jain and Gautam Vig starrer Saath Nibhaana Saathiya 2 is one of the top Star Plus show. It is a sequel to the long-running show Saath Nibhaana Saathiya. Now, Suhani kidnaps Urmila and she also learns about Gehna’s pregnancy lie so it will be intriguing to watch that what going to happen in the future episodes.

In the current track, Kaddu asks Seth family about Gehna’s luggage. Dadi lies to her that Suhani was cleaning Surya’s room that’s why luggage is there. Kaddu tells Suhani and Sarika to take the luggage to Surya’s room. She stops Surya from helping Suhani and asks him to pick Gehna and go to his room. So Surya picks Gehna and goes to his room. After some time, Surya gives food to Gehna. She talks about dividing the room. But he opposes saying that Kaddu will suspect them. She says that they have to act like a normal couple in front of Kaddu. Later, Gehna sneak out of the house and Kaddu sees that. Gehna reaches Urmila’s room and searches her. Suhani comes there with Urmila’s mobile and gives Urmila’s house key to Gehna. Gehna asks her to not drag Urmila in their first. Suhani says that it’s Gehna who dragged Urmila in their matter. She warns her to not say about Urmila to Surya. Suhani wonders that why Gehna didn’t reveal her pregnancy to Surya yet. She plans to know the truth from Shreya. Shreya cries seeing Kartick’s picture. Suhani asks her to tell Gehna’s pregnancy truth to see Kartick. Shreya reveals that Gehna is not pregnant. Suhani tells her that Gehna should not know that she knows the truth. Meanwhile, Gehna and Surya’s hands gets stuck in the jar.

In the upcoming episode, Gehna will find Urmila.

How Gehna found Urmila’s location? Will Suhani use Gehna’s pregnancy lie against Gehna?